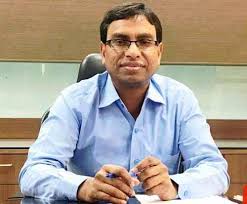 He informed that any person who wishes to travel on these 11 trains departing from Railway Station Ludhiana, but has not received confirmation SMS, should reach the grounds of Government College for Girls, near Bharat Nagar Chowk, Ludhiana, at least 4 hours prior to the train departure time.

Similarly, two trains for Sitamarhi and Sheohar (Bihar) would depart from Railway Station Doraha at 3 pm and 8 pm on May 27, 2020. He said that for traveling on these trains, the passengers can report at Government Girls Senior Secondary School, Sahnewal at 9 am and 2 pm respectively. He clarified that people (without registration/confirmation SMS) coming directly to Sahnewal or Doraha would not be entertained.

He further informed that the Punjab government is paying for travel, food, water and pickup service from designated points. He informed that the medical screening of all passengers is being done after which, they are issued medical certificates by the District Administration.

115216Liters Milk,763 Kg Ghee,Lassi, Kheer and vegetables, fruits supplies at doorsteps by Admin
Distt Admin  delivers a total of 119778 Liters of Milk along with other commodities to needy
Comment