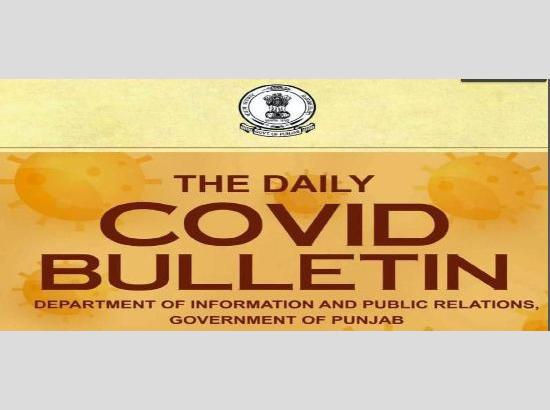 Chandigarh, July 4, 2020 : 5 more deaths and 172 new Corona positive including 61 in Jalandhar were reported during last 24 hours.

According to state media bulletin, 2 deaths were reported in Moga whereas one each in Amritsar, Hoshiarpur and SAS Nagar were reported during this period. Besides deaths, a huge surge came in Jalandhar where 61 new Corona cases were reported, followed by Ludhiana where 46 were tested positive, 16 in Sangrur, 9 in Amritsar, 5 in SAS Nagar, 3 in Patiala, 2 each in Gurdaspur and Pathankot and 1 each was reported positive in Tarn Taran and Hoshiarpur districts of the state.

After new deaths and cases now tally of total positive cases has swelled to 6109 and a total of 162 persons have lost their lives with this pandemic, 4306 patients have been discharged after being cured.