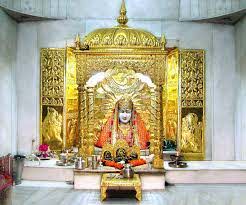 Chandigarh, July 2,2020 : The 18th meeting of Shri Mata Mansa Devi Shrine Board (SMMDSB), Panchkula which held under the Chairmanship of Chief Minister,  Manohar Lal at Panchkula today approved various new works worth of about Rs 45 crore including the establishment of a Diagnostic Centre with OPD facility in the Shri Mata Mansa Devi Shrine premises to provide treatment facilities to the people on subsidized rates. Besides this, the Chief Minister also directed to explore the possibility of transferring additional 10 acres of adjoining and unutilized land of Haryana Shehri Vikas Pradhikaran (HSVP) to SMMDSB for providing amenities to the devotees in a planned manner.

A total of 25 agenda items were taken up in the meeting.  Speaker Vidhan Sabha,  Gian Chand Gupta and Chief Secretary,  Keshni Arora were also present in the meeting.

While reviewing the progress of work for the setting up of Sanskrit College in Shri Mata Mansa Devi Shrine Complex, Manohar Lal directed the Higher Education Department to take possession of land at the earliest and initiate the process for the construction of the building. The Sanskrit College which would be named as Shri Mata Mansa Devi Sanskrit Mahavidhylaya would come up over 2.10 acres of land.  It was informed that the admission process would be started from the coming session and till the time the building of Sanskrit Mahavidhylaya is constructed, classes would be started in vacant hall at upper ground floor of Shri Mata Mansa Devi Dharmarth Bhandara Committee.

He also issued directions for taking up the matter with the Ministry of Ayush, Government of India for setting up of National Institute of Ayurveda, Yoga and Naturopathy at Shri Mata Mansa Devi Shrine Complex. The Shrine Board has provided 20 acres of land in its complex for setting up the institute to the Ministry of Ayush. The Prime Minister, Narendra Modi had laid the foundation stone of this project last year and it entails an expenditure of Rs 278.66 crore.

It was also decided in the meeting that a second entry would also be opened in the Shri Mata Mansa Devi Temple for open view and darshan. At present, the queues of devotees are formed through an entry shed provided on the right side of the temple. Apart from this decision was also taken for the construction of a shed in Chandivas Mandir near Morni, the work on which would be started next week. Apart from this, retaining or boundary wall of the Mandir would also be constructed.  Notably, during his visit to Kali Mata Mandir, Kalka recently,  Manohar Lal also visited Chandivas Mandir where he was requested for the construction of a shed and boundary wall in the temple.

It was informed in the meeting that construction work of the new Corridor connecting passage of Main Mansa Devi Temple and Patiala Temple would be completed by October this year at an estimated cost of Rs 1.20 crore. Similarly, the work for the construction of Old Age Home near Laxmi Bhawan premises would be completed by September 2021 with an estimated cost of Rs 10.49 crore. This 5-storeyed building would have the capacity to accommodate 52 persons.

In the meeting, besides senior officers, several other dignitaries were also present.