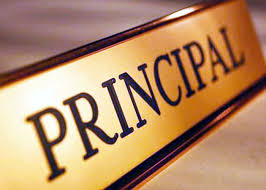 Chandigarh, 24 June 2020: The Punjab Government has transferred 25 Principals in public interest keeping in view the education of the children.