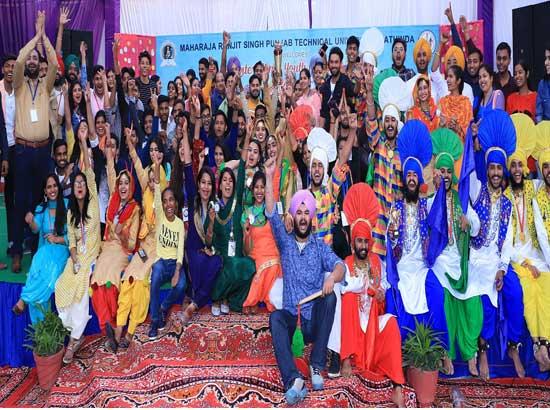 With the theme “Sarbat Da Bhala” (Blessings for All)’ formed the essence of Guru Nanak Dev’s teachings; the festival was dedicated to celebrations of 550th Birthday Anniversary of Sri Guru Nanak Dev ji.

The festival comprised of various cultural and talent oriented performances, creative competitions and technical events. More than 500 students of participating Institutes affiliated to the University celebrated the spirit of life by performing in various events.

While speaking on the occasion, Mr. Arora  called upon the audience to follow the teachings of Guru Nanak Dev. He said the festival is a unique platform for young talent and a celebration of youthful creativity and innovation.

Mrs.  Lida Singh Ishar motivated the students to participate in all the fields to become holistic personality, build self-esteem and confidence of the youth.

Following were the detailed results:

On the Spot Paining

P U Alumni Association organize Webinar on “Future Trends in Fashion: Looking Good Despite the Virus