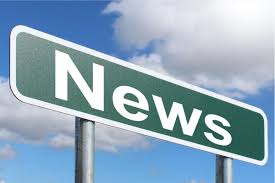 Chandigarh— The first phase of Census-2021 in Haryana, i.e
house listing operations and Housing Census will be conducted from May
1, 2020, to June 15, 2020. Around 58000 enumerators and supervisors
would be deployed for canvassing data.
This information was shared in the State- Level Conference
of Divisional, Deputy Commissioners and Principal Census Officers to
review the preparedness for Census 2021 and updation of NPR held under
the chairmanship of Haryana Chief Secretary Keshni Anand Arora
here today. Registrar General and Census Commissioner, India,
Vivek Joshi was also present in the meeting.
Described census as one of the most credible sources of
information regarding the socio-cultural and demographic data, the
Chief Secretary said that it is very important that the data on census
should be very reliable and since the entire process of the census is
very time-bound therefore all the concerned officers should ensure
that all the procedure should be completed within the stipulated time
period i.e from May 1, 2020, to June 15, 2020.
She said that for the first time in history, Census data
will be collected digitally. She said that this dynamic census will
certainly help the State in getting data analytics at the right time
for policy formation.  She further directed that publicity has to be
planned very meticulously and dedicated efforts should be made for the
mass publicity so that the State people can be made aware of the same.
It was informed that the first phase of the Census i.e.
House listing and Housing Census has been notified for conduct in
Haryana from May 1, 2020, to June 15, 2020. During house listing
operations, questions on the quality of houses, amenities available to
households and assets possessed by the households will be canvassed.
The second phase i.e. Population Enumeration will be conducted from
February  9, 2021, to  February 28, 2021, with a revision round from
March 1 to 5, 2021.
Further, in Haryana, around 58000 enumerators and
supervisors would be deployed for canvassing data. The training of
Tehsildars cum Charge Officers is proposed to be held at the district
level from February 19 to March 4, 2020, which would be followed by
training of around 900 field trainers in March 2020. These trained
field trainers will further train the Enumerators and Supervisors in
April, 2020.
Registrar General and Census Commissioner, India, Vivek
Joshi, in his address stated that census is the largest administrative
and statistical exercise in the world.  He stated that it is for the
first time that the census is being conducted in digital mode and
codification of responses would go a long way in timely release of
data. Census data would be captured through specially designed mobile
apps. It is for the first time that all the Census activities and
progress would be monitored on real-time basis through the Census
Monitoring and Management System (CMMS).
Joshi said that for the Census 2021 no documents will be
asked from the citizens. Citizens will be asked to give the answers to
only a few questions. He said that while doing the census, the Chief
Census Officer should keep in mind that only those questions should be
asked from the Citizens which are included in the pre-set
questionnaire. He said that the personal data collected during the
census will be confidential.
The website of the Directorate of Census Operations, Haryana
was also launched on this occasion. The website has all the census
circulars, notifications, FAQs and other important communications with
regard to the census exercise.
In the conference, Additional Chief Secretary and Financial
Commissioner, Revenue and Disaster Management and Consolidation
Departments,  Dhanpat Singh, Principal Secretary, School Education
Department,  Mahavir Singh, Principal Secretary, Social Justice,
and Empowerment Department, Anand Mohan Sharan, Principal
Secretary, Town, and Country Planning Department,   Apoorva Kumar
Singh, Director Census Operations, Haryana, Prerna Puri, all the
Divisional Commissioner, Deputy Commissioners, and Commissioner,
Municipal Corporation and other senior officers were present.

Culture Minister urges all to participate in the Sankalp parv,plant trees

Benefits of our country’s ancient form of health science

Possibilities of starting courses relevant to technical posts in hospitals would be explored : vij

Information about Country of Origin by the sellers made mandatory on GeM .

Haryana accord approval for creation of posts for AYUSH doctors, pharmacists etc.,