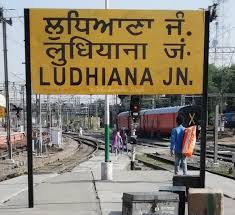 Ludhiana, May 30:Deputy Commissioner Pradeep Kumar Agrawal has informed that the migrants who want to travel to Bihar, Madhya Pradesh and Jharkhand states today can now come directly at Guru Nanak Stadium, Ludhiana at 10 am on i.e. May 30, 2020. He said that the migrants would be adjusted in the trains on a first come first serve basis.

He said that since May 5, 2020, several trains carrying migrants have departed for UP, Bihar, Jharkhand, Madhya Pradesh and other states from Railway Station, Ludhiana. He said that more than 8 lakh people had registered for traveling to their home states and till date, around 3 lakh people have departed from Ludhiana in trains. He informed that the migrants who had got themselves registered, the District Administration had provided them with an opportunity to travel to their home states by making calls as well as sending SMSes.

He further informed that the Punjab government is paying for travel, food, water and pickup service from designated points. He informed that the medical screening of all passengers is being done after which, they are issued medical certificates by the District Administration.