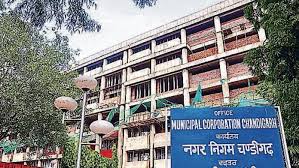 CHANDIGARH—Cash starved is always in the spotlight since its inception for the wrong reason. Splurging hugely on ‘picnics’ along with family, public functions and foreign tours has been its happy days but at the cost of public woes.

Going by the track record of the corporation, money is spent on futile discussions, debates on non-issues and a lot of avoidable ‘tours’ now find itself in a serious financial crunch. No one paying serious attention to the massive scale of corruption, mismanagement and wastage of public funds and there exists a very little transparency analysis and control of the body. During 10 months of last year, the corporation held meetings for 70 hours incurred an expenditure of Rs 10 lakh with no result.

On the expenditure side, the corporation has to pay Rs 550 crore in lieu of employee salaries, pension, electricity, telephone bills. Hence, the corporation has left with only Rs 68 crore and with this amount it can either upgrade sewer, water supply and stormwater line or carpeting of roads. With this meager amount, throughout the year for every work, the corporation has spread its hands before the Administration for funds.

It is also learned that the corporation revenue will be Rs 218 crore and after its liability, it will remain with Rs 8 crore. The corporation will also incur a loss of Rs 100 for water supply to the city. The water tariff has not been increased and in 2019-20 the corporation has incurred a loss of Rs 90 crore on this count. If the corporation decided to come over this deficit of 100 crores, its budget will go to minus, said an official.

The corporation has passed its budget for 2020-21 for Rs1470.59 crore but the Chandigarh Administration has approved only Rs 425 crore as grant-in-aid and of this, there is a cut of 20 percent from the Ministry of Finance notification. Because of this cut, there is a decrease of Rs 85 crore in the amount of grant-in-aid.

Residents of the city while talking to said that they were against the constitution of municipal corporation just for a city of 114 sq. km. It has become a white elephant and the expenses incurred on the corporation can be given to government departments to take corporation works as it was done before the setting up of the corporation.

Thinking out of the Box
Cruel training process of young elephants.
Comment