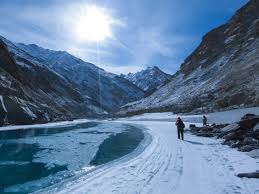 CHANDIGARH—Poor knowledge of geography and history is a dangerous thing. What is going between India and China in Ladakh is the result of poor knowledge of geography and history of politicians. The Chinese always rubs its hands in the delight of Indian confusion. Once, Pt Jawahar Lal Nehru was asked by a journalist about some undefined borders in the North-West sector- Indo-Tibetan border.  Nehru answered, “I do not know. The McMahon Line is a definition of that border.” “There is a certain tract which is undefined so far,” insisted the journalist. Then Nehru answered that he was not aware of it. On the insistence of the journalist time and again, Nehru could say, ”Maybe. All these are high mountains. All these are high mountains. Nobody lives there. It is not very necessary to define these things.”

The end result is before us now. This border had been defined during the 10th century when King Nyimagon divided his land between his three sons. Since then it has become the customary border. In 1684 it was reiterated by the Peace Treaty between Ladakh and Tibet. The peace treat states boundaries after division of land ‘shall still be maintained.’ In 1842 representatives of Gulab Singh and the Dalai Lama confirmed again the recognition of ancient boundaries. But instead of getting it printed on maps, India started singing “Hindi-Chini Bhai Bhai.” All this was happening while East Wind blew over the Middle Kingdom. Nehru and his colleagues enjoyed the amusement of eternal brotherhood.

China was garnering time for the future. It released maps showing large chunks of Asia as part of the Chinese empire to engulf NEFA—comprising Arunachal Pradesh, Sikkim, Ladakh and other lands of Asia. Nehru woke up from his slumber he made several complaints to Zhou Enlai but China was unconcerned. Just to gain more time, China said that these were old maps and that the new regime had not time to reprint new maps.

However, years passed and come 2020 the maps remained. While China was preparing for the showdown in NEFA and Ladakh, the illustrious then the Defence Minister Krishna Menon continued to vocalize on great Principles Panchsheel. Winter days of 1962 fell on India but China should not be faulted for Delhi’s homework not done well. Since Independence, the South Block has not learnt Chinese’s lessons and country to suffer. China still claims approximately 90,000 square kilometres of Indian territory south of the famous line which was demarcated on a map by the British India and Tibet in `1914 (McMahon Line). Not many know that the line stretches from the tri-junction Bhutan-Tibet-India to the tri-junction Burma-Tibet-India far away from Tibet-Sikkim border.

Time waits for none but those who have little knowledge about geography and history take the command of running the country, the country pays dearly. Let us hope that the main political party learnt lessons from its past ‘knowledge’ and will make sure that its loft is full before singing too loud like a grasshopper(Photo Courtesy:yatra.com)

Wrote a letter to revert the modification of Plastic ban Notification