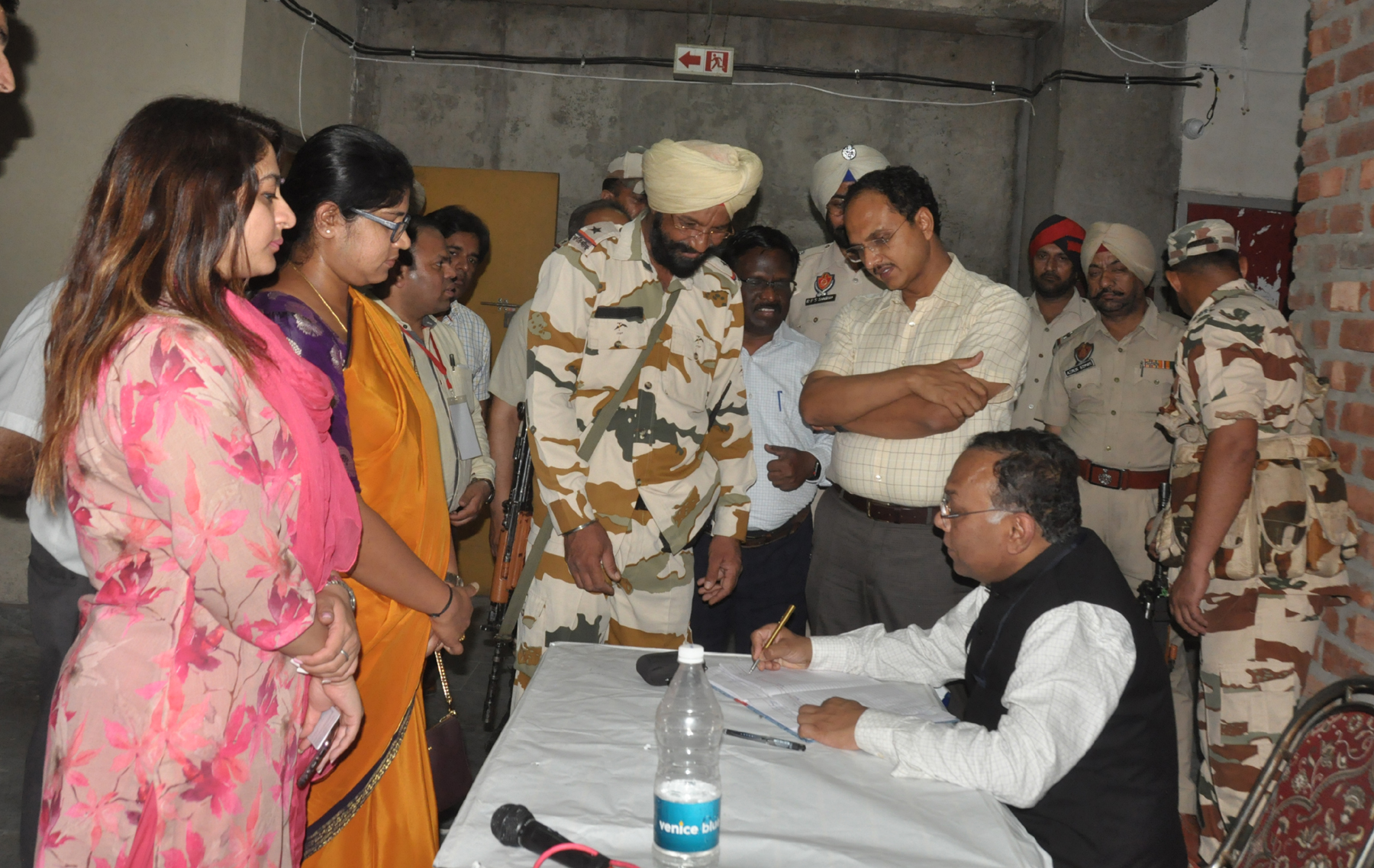 OBSERVERS, DC AND CP VISIT THE COUNTING CENTRES TO REVIEW ARRANGEMENTS FOR MAY 23

Jalandhar, May 21, 2019: In order to ensure complete protection of the Electronic Voting Machines stored in the strong room at the Office of the Director Land Records, 900 security personnel from State Police, Punjab Armed Police and Para Military Force has been deployed by the district administration for the security cover.

The officers further said that foolproof security arrangements have been made by the district administration at these centres to ensure that the counting for the Lok Sabha elections was held in a smooth and hassle-free manner. They said that an adequate number of CCTV cameras have been installed for e-surveillance of these centres round the clock. The officers said that adequate arrangements would be made for the entry of the counting staff, counting agents, media, representatives of the political parties and others.