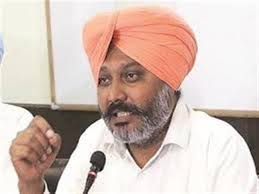 Chandigarh, July 21:The Aam Aadmi Party (AAP) Punjab has taken the issue acquisition of land of ‘Dalit’ community at Sekhowal village in Ludhiana, by writing to the National Commission for Scheduled Castes (SC).

In a statement issued from party headquarters on Monday, the AAP leaders said that the Sekhowal village, which had a 100 per cent Dalit population, did not have a single acre of land, besides the total 407 panchayat lands, saying these Dalit families had been cultivating this land for three generations now. They said that they (Dalit families) worked very hard to make this barren panchayat land fertile and cultivable, adding that after 35-year-long legal battle, the Supreme Court India had allowed them to continue cultivating the land. They informed that a total of 80 households, each have only about five acres of land to make their ends meet.

The AAP leaders said that now the Congress government in the saddle had ordered to acquire all the 407 acres of land at Sekhowal village in the name of industrial development. The leaders said that the Aam Aadmi Party was all for industrial development in the state, but with the Sekhowal village, if acquired, would leave a vast majority of the Dalit population to fend for themselves in the absence of a permanent source of income. The AAP leaders alleged that there was already sufficient land in reserve for industry in Punjab, where no industry had been set up by far, asking why was the land of these poor Dalit being ‘grabbed’ by force?

The AAP leaders said the moving narrative of Sekhowal village had exposed the anti-Dalit face of the Congress government, which was  why the Capt. Amarinder Singh government was acquiring the Panchayat lands in the name of industry, only to be doled out to the land mafia for a song.

The AAP leaders said in the letter that the matter came under the jurisdiction of the commission, saying that the commission was constitutionally competent to prevent the Punjab government from acquiring the land belonging to these families, saying it should direct the government to immediately withdraw his order in this regard.