CHANDIGARH—In the recent past, the bureaucracy has been under the firing range of the public. The Chandigarh Administration remains occupied with concerns of a shortage of funds as the overall fundamental credit of it remains bad. There are a number of cases that will have questions validity of its (mis) conceived plan, (mis) guided bureaucrats and (in) experienced authority have incurred a huge loss to public exchequer all across the country. Chandigarh Administration is no exception. 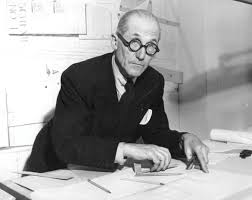 the designer of Chandigarh had designed the city for cyclists and he had proposed cycling as one of the preferred means of transport. He envisaged laying out cycle tracks besides V7 and V8 roads in the Master Plan for the city in 1950. the master plan has the provision of laying out cycles tracks of over 200 kilometers.In 1960, cycles were an essential item in every household and use it to commute across the city. After 56 years of Corbusier’s plan, the CITCO had introduced 10 cycles for the public to roam around the Sukhna Lake on rent. The scheme had failed miserably. After 66 years (in 2016) when the cycle has become an extinct species because of heavy traffic in Chandigarh, (a) little knowledgeable bureaucrats work up to protect the “extinct species.”  In 2018, a plan was chalked out to build cycle track and around Rs, 25 crore was kept for laying 180 km long cycle track across the city.

At present, all tracks are in bad shape and turned into good space of dog to relieve itself from the Natural call. Most of the tracks like cycles became extinct and in a number of cases surface of these has not been properly done. A stretch of over one km has 21 electrical poles in the middle of the track. No practical thought or planning has been applied before going for cycle tracks. Thus city cycle tracks went on the wrong track and public money down the drain.

The UT Secretariat building was conceived and then the Adviser to the UT Administrator Lalit Sharma had laid the foundation stone on September 25, 2007, to cost Rs 9.39 crore. Now the building is costing to the public exchequer of over Rs 70 crore. The municipal corporation had constructed 21 subway booths in Sector 17 by spending crore of rupees in 2007. Of these, 18 have not been rented out and closed for long. The same fate is meted out the dozens of booths constructed by the municipal corporation under the flyover in Sector 17 by spending crore of rupees.  Not even a booth could be given on rent so far and fly-over is a failed planning.

A project of Rs 50 crore multi-level parking lot has been lying almost unused. It has been mooted despite poor response. Now its roots start leaking and repair works need another Rs 2 crore.

In 2015 the Chandigarh Administration conceived Rs 15 crore World BHank project to modernize the city’s transport system. Under the project 250 new bus shelters were constructed in 2018. These bus stands could not withstand for a year as most of its steel and iron parts were taken away by ‘Kabbaris.’  City commuters have to revert to 40 years old brick-made local bus stands.