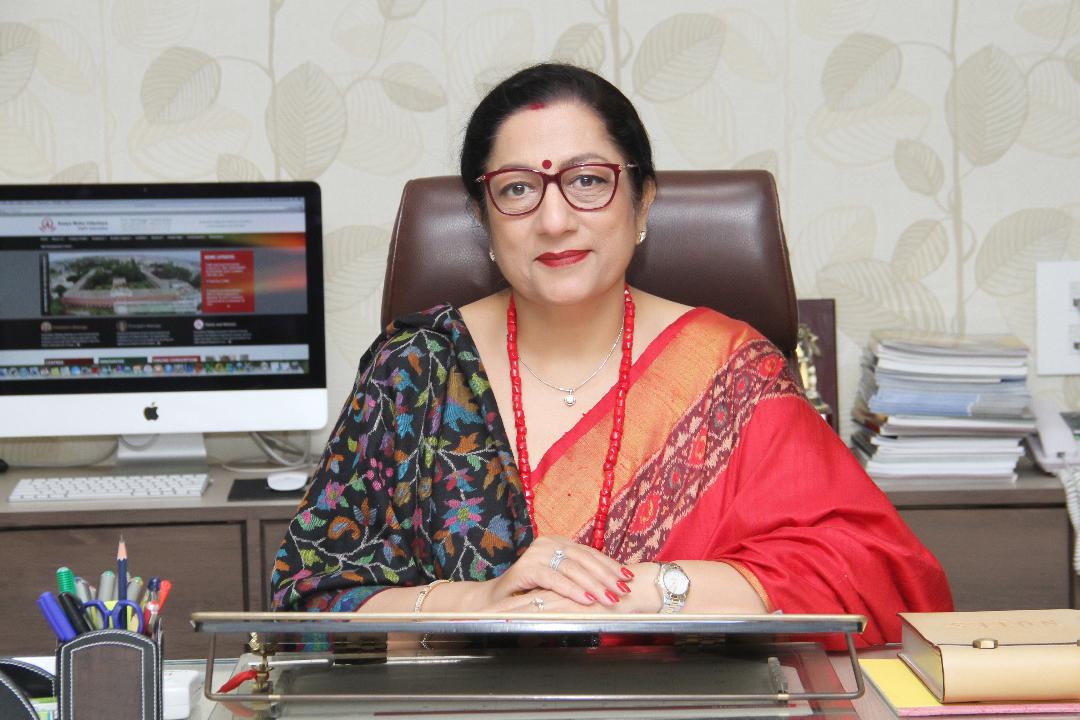 Jalandhar,November 15,2019:          Kanya Maha Vidyalaya- the Heritage & Autonomous institution, Ranked No.1 in India by India Today Ranking  is organizing the Annual Convocation on  November,18  at 09:30 a.m. Throwing more light on it, Principal Prof.( Dr.)Atima Sharma Dwivedi averred that KMV has a rich legacy of 134 years of providing education to the women students. During this Convocation, Dr. Jaspal Singh Sandhu, Vice Chancellor, Guru Nanak Dev University, Amritsar will be the Chief Guest. Chander Mohan, President, Arya Shiksha Mandal will preside over the function.

The Grand Rehearsal for the same will be on 16th November, 2019 at 10:00 a.m. Being a National Institute, KMV has been one of the guiding forces for the women education and women empowerment. KMV has many achievements to its credit. Some being the Autonomous status & Heritage status by the Government of India, Star College Status by Government of India, A Grade by NAAC, College with Potential for Excellence status & it has been recently declared as the  No. 1 College in India by India Today Magazine. All these achievements speak a volume about the rich heritage of the college. After the academic procession, the Annual Report of the College will be read out by the KMV Principal Prof.( Dr.)Atima Sharma Dwivedi  in order to provide details about the glorious achievements of  the college for the session 2015-16. It will be followed by conferring of Degrees to the students of various Post Graduate & Under Graduate Courses for Science, Commerce, Arts & IT streams. A documentary on college heritage & history made by the PG Department of Journalism & Mass Communication will also be released during the occasion. During the culmination, a cultural program showcasing the rich cultural heritage of our country will also be presented. Dr. Madhumeet, Dean Student Welfare & Mrs. Sadhna Tandon will be the organizers of the Convocation.