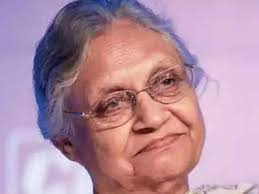 In a statement here, the former CM said Sheila Dixit was known for her warm and affable nature and affinity with the common man. “Mrs. Dixit was respected across party lines because of her mature personality and ability to listen to all points of view”.

Sukhbir Badal said the former Delhi chief minister was a dynamic personality who transformed Delhi during her three terms in office. He said Mrs Dixit was largely responsible for modernisation of Delhi and making it a more clean and green city. “Mrs. Dixit will be remembered for the development works carried out by her as well as her pro common man attitude”, the SAD president added.