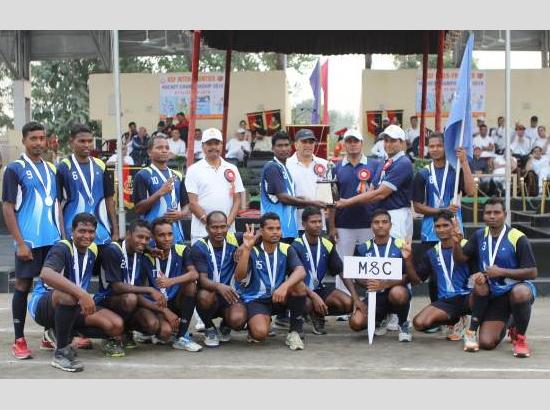 In his address Sh. Mahipal Yadav, IPS, Inspector General BSF Punjab Frontier, congratulated the team participants for displaying Model Sportsmanship during the tournament. He told the players that in a tournament, participation is more important than Winning or Losing. Stressing upon the need of good Physical Fitness in the life of a Jawan, the Chief Guest stated that besides making Jawans Physically Fit, Sports and Games brought out their hidden talents like Sportsmanship, Competitiveness and Leadership qualities etc.

After completion of the competitive positions of the teams were declared as South Bengal Frontier Winner, Mizoram and Cachar Frontier Runner up and Jammu Frontier 3rd Position.