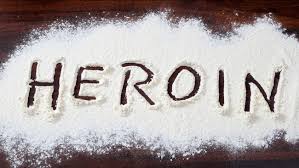 Keeping in view the vulnerability of Border and heightened activities of smugglers/ Anti-National Elements on border, Mahipal Yadav, IPS, Inspector General BSF Punjab Frontier has issued operational guidelines to all the Sectors under Punjab Frontier for further strengthening the border domination so as to effectively check the activities of Anti – National Elements on Punjab border with Pakistan.

On 07 September 2019 at about 6 AM, Boat Naka party of Border Out Post Shameke, Ex-136 Bn BSF recovered three packets of contraband suspected to be heroin which was stashed inside a rubber tube and duly covered with water hyacinth (Jalkumbhi).

Director, Writer and MD TV channel booked on complaint of Valmiki Outfits in Ferozepur
WORK ON JAGRAON OVER BRIDGE WOULD BE COMPLETED BY NOVEMBER 30
Comment