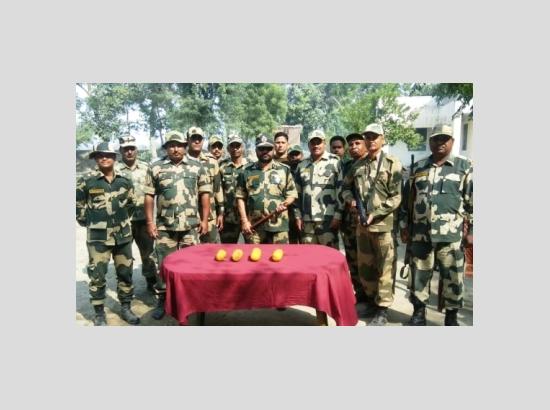 Ferozpur, October 29, 2019:  During the search operation campaign, the Border Security Force troops have recovered four packets of heroin from near Indo-Pak border post-Gajniwala, under Lakho Ke Behram police station in Ferozepur Sector, when a movement of smugglers was noticed.

A search operation was carried out under the tutelage of Asstt. Commander 124 Bn BSF in the wee hours around 4.15 am when there was a recovery of 2 kg heroin of value of Rs.10 crore in the international market.  This recovery was made from the fields of farmer Darshan Singh son of Jattu Singh resident of Juwai Singh Wala and Panu Singh son of Santa Singh of Gajniwala.

On 29 Oct 2019 during night hours, on-duty alert BSF troops of Border Out Post New Gazniwala, Sector Abohar, heard some suspicious sound and got alerted but nothing could be observed due to high Grown paddy crops. Later, during search 04 packets of contraband suspected to be heroin (Total weight approx. 02 Kg) were recovered from the spot.