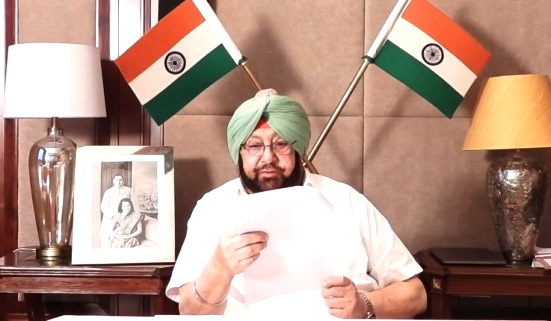 Ask Captain- Facebook live: By the grace of God, India and Punjab will remain safe and progress: Capt

Ferozepur, July 4, 2020: On a Ferozepur resident’s concern on the border situation with China and Pakistan, Chief Minister Punjab Captain Amarinder during his weekly interaction ‘Ask Captain’, said the Indian Army was capable of meeting any threat, individually or collectively from these two countries. “By the grace of God, India and Punjab will remain safe and progress,” he added.

The question was asked by a Ferozepur resident Manikaran Sardana who flared his concern over border tension with China and Pakistan.