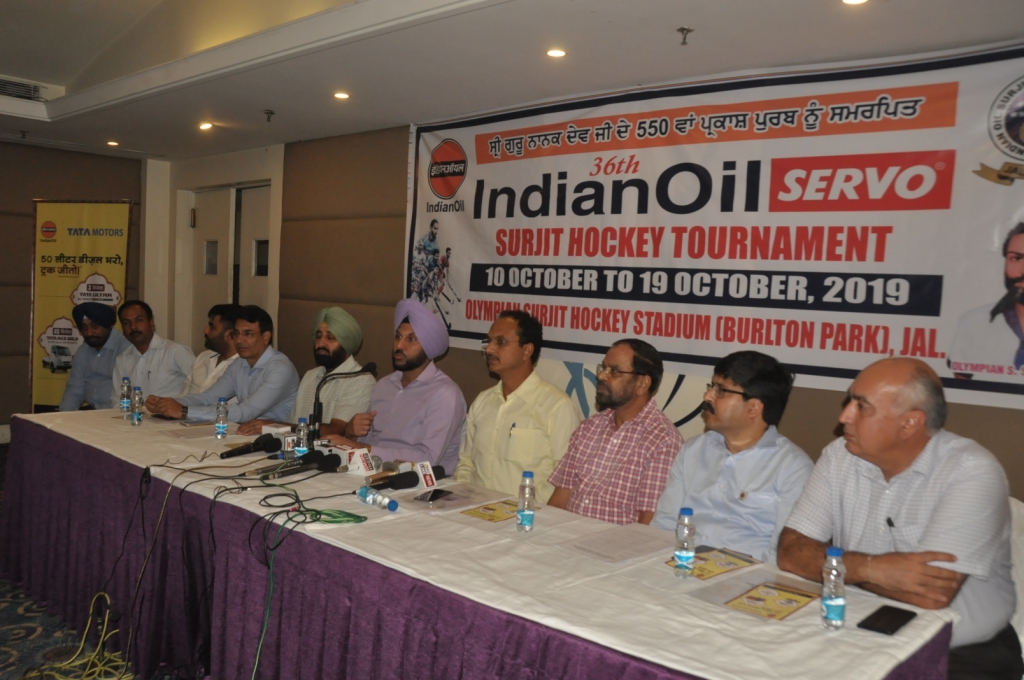 Interacting with the media persons here today, the Deputy Commissioner accompanied by Commissioner of Police  Gurpreet Singh Bhullar, Senior Superintendent of Police (SSP)  Navjot Singh Mahal, he said that this year, the tournament will be played at the Olympian Surjit Singh Hockey Stadium from October 10 to 19. He said that the on October 10, knockout matches will be played but the officially the tournament would start on October 11.He said that during this time, DC further informed that this time 13 teams including Punjab National Bank, Indian Navy Mumbai, Army XI, Oil & Natural Gas Commission (ONGC), Dehradun, Indian Air Force, Delhi, Punjab and Sind Bank, Indian Railways, Delhi, Punjab Police, Air India, Mumbai & Indian Oil, Mumbai, , BSF Jalandhar, CRPF  Jalandhar and CAG Delhi will take part.He added that the champion of the tournament will get a cash award of Rs. 5.50 Lakhs while Runners’ up will be awarded a cash award of Rs. 2.51 lakhs.

Sharma added that the best player of the tournament will get a cash award of Rs 51000 and He said that this year, Surjit Hockey Society has also decided to give Alto Car, Dubai tour along with other prizes like Motor Cycles, TV, Refrigerators, Microwave, etc. to the spectators, who will come to witness the Surjit Hockey matches through a draw system.

He said that Surjit Hockey Society was playing a vanguard role for grooming the young players and told that this society has produced several players who have proved their mettle in national and international events. He said to commemorate 550th Parkash Purab of Sri Guru Nanak Dev Ji, the Hockey society will also distribute 550 Hockey Kits among the young players.Commissioner of Police Gurpreet Singh Bhullar said that adequate security and traffic arrangements have already been made for the tournament. Prominent among present on the occasion included  Lakhwinder Pal Singh Khaira LR Nayyar, Surinder Singh Bhapa and others.