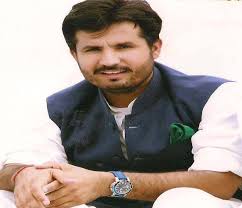 Chandigarh, December 12, 2019: The simmering discontent among the MLAs of the Congress party in Punjab — who are getting frustrated with the party leadership for not getting a cabinet berth — once again came to the surface today when Gidderbaha MLA Amrinder Singh Raja Warring called for a cabinet reshuffle and shunting out of no-performing ministers.

Speaking to media persons, Warring said it has been three years since the Congress party came to power and it is high time reshuffling should take place based on performance.

“Those who are performing should remain but non-performers should go and replace by performers,” Warring said.

When asked to name the non-performers in the government, Warring said, “I have no idea and neither do I have anything against any minister and I don’t want to have any say about who will stay, go or who will be inducted but I will certainly request the chief minister and Sunil Jakhar assess the performance of the ministers and reshuffle should be done accordingly.”

To a question about his desire to become a minister the last time there was a reshuffle, he said, “I wish I was given a chance but I am satisfied as an MLA and I am a loyal soldier of the party but having an ambition is not a bad thing. But I have no issue if anybody else gets a ministerial berth.”

He said to fulfill the promises made to the people and provide good governance, it is pertinent that people who have performed in the last three years be given a chance as the present cabinet had ample time to prove their worth.

“Go to the public and ask them as they know who has worked for them and who hasn’t. I am nobody to judge somebody’s performance. The CM and the departments know which minister is performing and who is not,” he said.