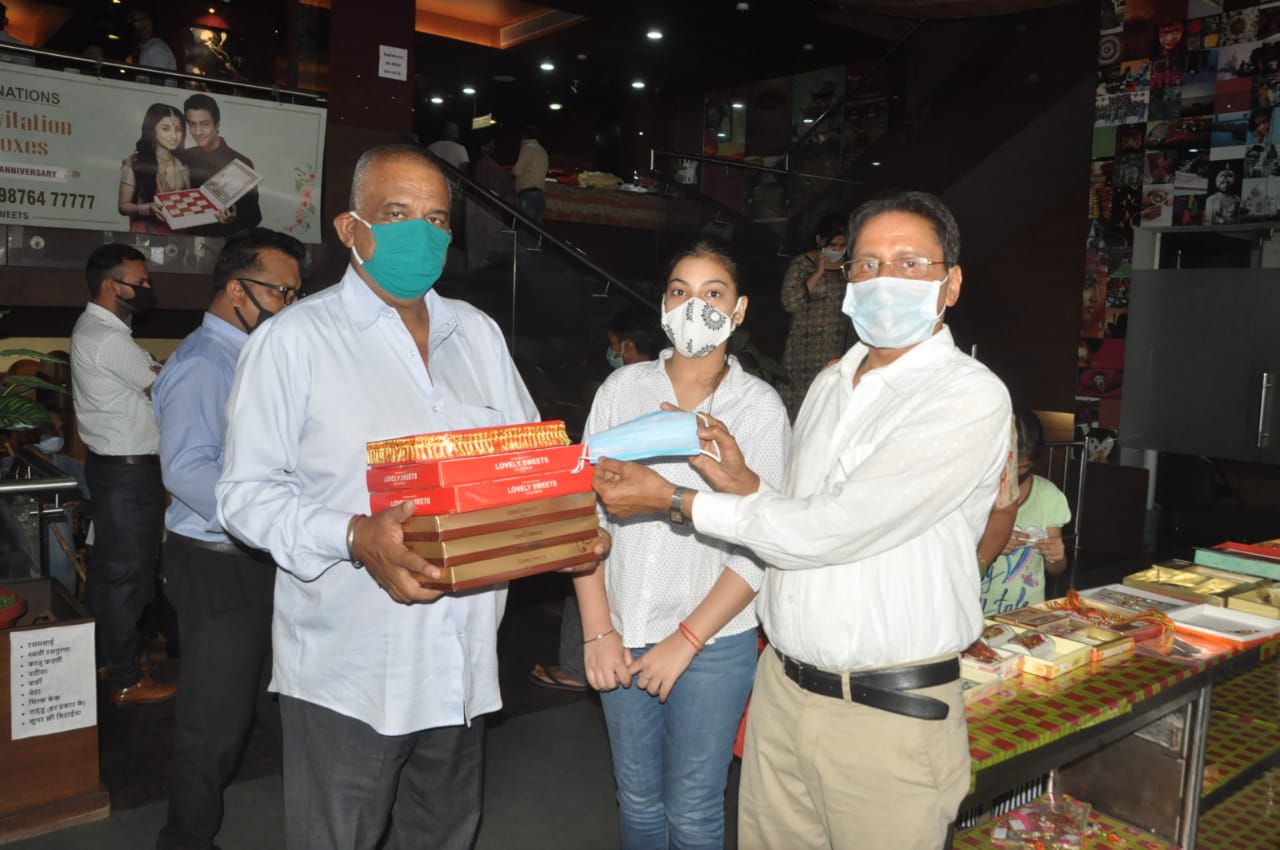 Jalandhar, August 2, 2020: Acceding to the request of Chief Minister Capt Amarinder Singh, the owners of the Sweet Shops across Jalandhar on Sunday shown unprecedented enthusiasm by distributing a free pair of masks to each customer along with the purchase of sweets and other eatables on the eve of Rakhi festival i.e. August 3.

Besides giving special permission to the owners of sweet shops to operate on Sunday amid lockdown (August 2) in view of auspicious the occasion, Capt Amarinder Singh had urged the sweet shops to provide a pair of masks to each customer on the occasion of Raksha Bandhan to sensitize the people about the usage of masks to further keep the spread of COVID-19 pandemic under check.

On the directions of Deputy Commissioner Ghanshyam Thori, Sub-Divisional Magistrate (SDM-1) Dr Jai Inder Singh also held meetings with the association of Sweet Shops’ Owners association led by President Ramesh Mittal and others in this regard.

Deputy Commissioner  Ghanshyam Thori said in this tough the time when the several countries were fighting with Covid-19 pandemic, everyone must ensure an affirmative response to the advisories of the government to contain the spread of infection.

He said that scientific data shows, wearing of a mask is effective and prevents the spread of contagion.

Thori thanked the association and said the message of the Chief Minister Capt Amarinder Singh was well disseminated among the people that why the wearing of masks is mandatory to prevent the novel coronavirus.

Underlining the need of strict action against those who were still not adhering to wearing a mask, he told the district and police the administration will further intensify its drive against the violators.

Ramesh Mittal, president of Sweet Shops Owners Association said that the message of the Chief Minister Capt Amarinder Singh was delivered to all the members through meetings or WhatsApp and were motivated to strictly comply in the interest of society.

Raksha Bandhan: A Day Celebrating Tom and Jerry of Our Houses