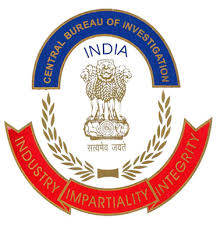 By  SK.Vyas
New Delhi,September 24,2019:The Central Bureau of Investigation has today arrested a Senior Manager, Punjab National Bank, Kanwali, District Rewari (Haryana) and a middleman (private person) in a bribery case of Rs. One lakh.

CBI has registered a case u/s 7 of PC Act, 1988 (As amended in 2018) on a complaint against Senior Manager, Punjab National Bank, Kanwali, District Rewari (Haryana) on the allegations that the accused was demanding bribe of Rs.One lakh in lieu of part disbursement of Rs.7,92,000/- against purchase of Buffaloes. It was further alleged that the loan amount of Rs.24,72,975/- was approved by Animal Husbandry Department, Rewari to the complainant under the department’s scheme for running of Milk Dairy Unit at village- Kushpura, District Rewari. The accused allegedly directed the complainant to hand over the bribe amount of Rs.One lakh to a middleman (private person).

CBI laid a trap and caught the middleman (private person) red handed while demanding & accepting bribe of Rs.One lakh from the complainant on behalf of accused Senior Manager of Punjab National Bank. Both the accused have been arrested. Search was conducted at the premises of accused at Mohindergarh (Haryana).