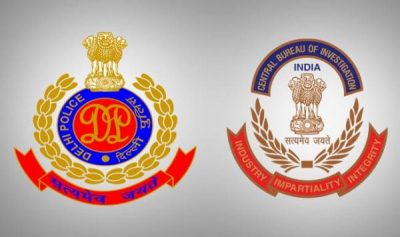 New Delhi, January 16, 2020: The Central Bureau of Investigation has arrested  Manjit Chillar a Sub Inspector of Delhi Police, posted at Police Station Khanjhawala, Delhi for demanding and accepting a bribe of Rs. 60,000/- from the complainant.

A case was registered on a complaint against the accused. It was alleged that the Sub Inspector, posted at Police Station, Khanjhawala, Delhi demanded a bribe of Rs. one lakh from the complainant for settling his land dispute. It was also alleged that the Sub Inspector threatened the complainant that he would register a criminal case against him. On negotiation, the bribe was reduced to Rs. 80,000/-. CBI laid a trap and caught the accused red-handed while accepting the bribe amount of Rs. 60,000/- Searches were conducted at the premises of the accused.

The arrested accused is being produced before the Designated Court at Delhi.

Devote at least two hours a week for ‘swachhata’ Badnore

Walk-in-Interview for Instructor at GNDU