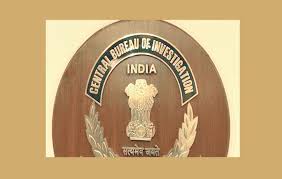 New Delhi, January 1, 2020: The Central Bureau of Investigation has arrested an Additional Director General, Directorate of Revenue Intelligence, Ludhiana (Punjab) and two private persons including a friend of the public servant in an alleged bribery case of Rs. 25 lakh.

A case was registered against the accused on a complaint. It was alleged that in June 2019, Directorate of Revenue Intelligence, Ludhiana had conducted a search at a private clearing agency that provides services to various exporters. In this search, some documents pertaining to an exporter were also seized. The complainant, a resident of Delhi submitted a complaint to CBI that a Clearing House Agent and a close friend of the ADG, DRI, Ludhiana demanded Rs. 3 crore on behalf of the public servant for ensuring that he would not be implicated by DRI pertaining to the recovery of his documents. CBI caught both private persons while demanding and accepting Rs. 25 lakh from the complainant. During the investigation, the public servant was also arrested.

Searches are being conducted at the premises including residence/office of arrested accused located at Delhi, Noida and Ludhiana.

The arrested accused will be produced before the Competent Court. Further investigation is continuing.

Name of the arrested accused: