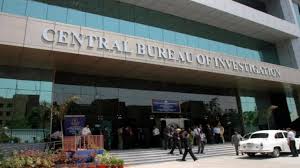 New Delhi.April 30, 2019:  The Central Bureau of Investigation has arrested a Sanitary Inspector of South Delhi Municipal Corporation (SDMC), West Zone, Delhi for demanding and accepting a bribe of Rs. 25,000/- from the complainant.

Searches were conducted at the official and residential premises of the accused, which led to recovery of documents relating to financial transactions.