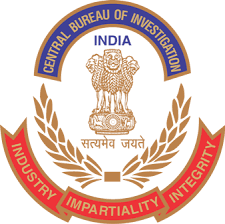 New Delhi, January 3, 2020: The Central Bureau of Investigation has today arrested the then Superintendent Grade-II, Department of Higher Education of Himachal Pradesh; the Vice Chairman of a private group of institutions and the then Head Cashier, Central Bank of India in an on-going investigation of a case related to an alleged scholarship scam in Himachal Pradesh.

CBI had registered a case on the request of the Himachal Pradesh Government and further notification from Govt of India on 07.05.2019 against unknown persons Under Section 409, 419, 465, 466 and 471 of the Indian Penal Code regarding the alleged scholarship scam in Himachal Pradesh. It was alleged that serious irregularities took place in disbursal of Pre-Matric and Post-Matric scholarships of more than Rs.220 crore (approx.) between 2013-14 & 2016-17 under State and Central Government sponsored schemes for SC/ST/OBC/MC students by the Department of Education, Himachal Pradesh. It was further alleged that the Income/Caste Certificates of alleged students were not genuine.

CBI had earlier conducted searches at the location of 21 private institutes. During the investigation, the role of a certain accused was found.

The arrested accused will be produced before the Designated Court. Further investigation is continuing.

Name of the arrested accused: