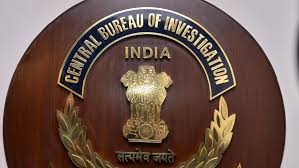 New Delhi, March 14, 2020: In a major crackdown on corruption in Jammu & Kashmir, CBI has on Saturday filed a charge sheet before the Special CBI Court at Jammu against a private person and two then Branch Heads of J&K Bank, New University Campus Branch for causing huge loss to Bank. This charge sheet was filed by CBI within 10 days of registration of FIR and the case was investigated by the special investigation team.

CBI had registered the case on 04.03.2020 on the request of UT of J&K and taken over the investigation of the case earlier registered at ACB, J&K.

During CBI Investigation, it was alleged that the accused (private person resident of Trikuta Nagar, Jammu) entered into a criminal conspiracy with the other two accused (both the then officials of J&K Bank) to get sanctioned a loan of Rs. 177.68 crore(approx) in violation of rules and guidelines.

The loans that were sanctioned for the construction of flats were allegedly diverted and misappropriated by the accused using the bank accounts of his employees. It was further alleged that the accused submitted forged certificates and bills to the bank.

It was also alleged that the bank officials did not verify the certificates and helped the said accused in siphoning off the loan amount and laundering of money. The Bank officials allegedly overlooked the rules and guidelines of the bank.

Further investigation including the acquisition of assets by accused in India/ Abroad and to identify other transactions is continuing.

The public is reminded that the above findings are based on the investigation done by CBI and evidence collected by it. Under the Indian Law, the accused are presumed to be innocent until their guilt is finally established after a fair trial

Names of the accused:

CBI files chargesheet against 8 accused in murder of Yogish Gowda

Big victory for CBI and big jolt for Vijaya Mallya