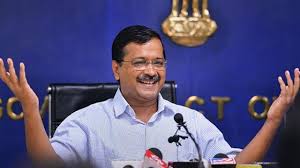 “Delhi’s wait is finally over. Today the Centre has taken the decision to regularize unauthorized colonies in Delhi. This is in fact a very prolonged demand of the people of Delhi and we struggled for five years to achieve this. I welcome this decision.  We thank the union government on behalf of the people of Delhi,” said CM Kejriwal.

“As soon as our government came to power in February 2015, we immediately started to work in this direction. A detailed proposal for regularization of the unauthorized colonies in Delhi was made and submitted to the union government on 12 November 2015. As you know the union government made a draft cabinet note and gave it to us in July 2019. They had given us 2-3 weeks of time to reply. But within 4-5 days, without any delay we replied on 24 July. We gave 12 suggestions. And we accepted the proposal in the union cabinet note,” added the Chief Minister.

Commenting on the history of the decision to regularise unauthorised colonies, CM Kejriwal said, “In the past, every party would promise that the unauthorized colonies in Delhi will be regularized, both by parties in the Centre as well as the state. They used to say make it an election promise and then go back on their commitment.”

On the impact of this decision, CM Kejriwal said, “People will get the actual benefit of this only once they receive the registry. Until then, people may think that it is an effort to woo them before the elections. Delhi government is ready to undertake the registration process as early as possible once the notification is done by the Centre. Revenue department will set up camps in the colonies and the process will be completed as early as possible.”

Commenting on the conditions of unauthorised colonies before his government was elected in 2015, CM Kejriwal said, “Before we come to power in Delhi, people used to stay in these colonies in very difficult conditions. There was no development in these colonies. The conditions were in fact inhuman there. But we invested Rs. 6000 crore in the last five years to develop these colonies – particularly infrastructure for water, sewer, drainage and streets.  In many colonies works in this regard have been completed and still continuing. Development works in these colonies are undertaken in an unprecedented speed. The maintenance of streetlights is also being taken over by the Delhi government.”

“The stamp duty on the registry will be nominal. We are hoping that the procedure until notification is completed by the Centre at the earliest. We are confident of completing registries of 40 lakh people within a month,” he added.

CM Kejriwal also said, “This is not about taking credit. We are prepared to give the Centre complete credit for this decision. I am not interested in why this process was delayed and at whose end. I am just happy that the Centre has finally cleared our proposal. Like they say, All is well that ends well.”

The Chief Minister shared with the press that the Government had sent some suggestions on the Centre’s proposal. He said, “We had proposed that the cut off date for regularisation should be 31 March 2019 and not 2015. We had recommended that in cases were small portions of the land belong to Forest or ASI then the rest of the colony should still be regularised. In addition we had proposed that the colonies in O Zone outside the Yamuna floodplain area should also be regularised. The Centre wanted that conveyance deeds be prepared based on mapping by the DDA. We had suggested that the Delhi government’s GSDL has already mapped these colonies and the GSDL maps should be used instead of waiting for DDA.”

Over 750000 suggestions received on opening of Delhi borders

Tips to Save Money

Piyush Goyal calls upon the Exporters to be more competitive

NHAI gears up to keep National Highways in good condition

PFC to provide lunch to Doctors and other Medical Staff