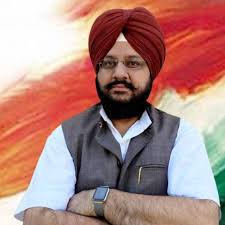 Chandigarh, August 13, 2019: Amardeep Singh Cheema General Secretary Punjab Pradesh Congress Committee(PPCC) in a statement issued today said economic scenario in the country led by BJP is very grim as the economy is passing through a face of extreme difficulty due to lack of commitment of central government under Prime Minister Narendra Modi to sustain the public sector enterprise which has been built over the last 6-7 decades for betterment of the common Indian citizen.

Cheema said the way Non Performing Assets (NPA) has risen in the last 5 years in commercial sector this is very alarming, big bank defaulters are leaving the country and vanishing from public domain, agriculture & Industrial sector particularly Micro small & Medium Industry and marginal farmers are in distress due to small loans this is clear lack of sensitivity on the part of union government, Manufacturing sector is at lowest ebb, Job Losses are not being reported, promise of 2 crore jobs per year vanished in thin air.

Cheema further said It is high time to arrive at a consensus in a democratic set up to address the issue where the present regime is planning to chase another distant dream of turning India into a 5 Trillion Dollar economy when the 3 successive estimates of Government of India, NITI Aayog and RBI pegs the GDP at 6.9 percent against the earlier wider claims of 7.3 percent.

In the present scenario when the industrial sector is showing a decline, there are production losses in Manufacturing Sector, Automobile Sector facing the heat.

Cheema expressing deep concern over This crash in market capitalization said this is indicating a disaster in making, there might be possible divestment by Government in these precious PSU enterprises which is old family silver which is going to really crush the backbone of Indian Economy ,unfortunately at the same time in last few days foreign exchange reserves declined by $697 Million in the week ending on August 2.

This is a very alarming situation but the decision-makers are least bothered about the collateral damage being done to the economy and this insensitivity will lead India to economic disaster.