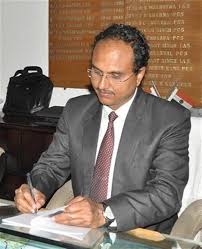 Jalandhar, The Deputy Commissioner Jalandhar Mr. Varinder Kumar Sharma today directed the Sub Divisional Magistrates (SDMs) of the district to embark a major drive on Monday for checking roadworthiness of Buses and other Transport Vehicles that were used for ferrying school children.

In a communiqué to the Sub Divisional Magistrates, the Deputy Commissioner said that in order to ensure safety and security of the school-going children, the Punjab Chief Minister Captain Amarinder Singh has directed the Transport Department to immediately launch a State-wide drive from Monday onwards to checking check roadworthiness of Buses and other Transport Vehicles that were used for ferrying school children. He said that as the matter was of utmost significance so a similar and simultaneous drive must also be initiated by the Sub Divisional Magistrates in the areas under their respective jurisdiction. Mr. Sharma said that the drive must be launched on a war footing and severest of severe action should be taken against defaulters.

The Deputy Commissioner said that starting from Monday, the Sub Divisional Magistrates would launch this vigorous drive and taken strict action the vehicles violating the road safety norms. He said that the safety of the innocent school-going children must be accorded top priority for which this drive was important.    Mr. Sharma said that he would be personally monitoring this drive and any sort of laxity in this noble cause was totally unwarranted and undesirable.

Deputy Commissioner categorically said that the lives of innocent school children could not be put in danger by allowing these vehicles to flout the norms. He asked the Sub Divisional Magistrates to submit the detailed information of action taken against such vehicles on a daily basis.