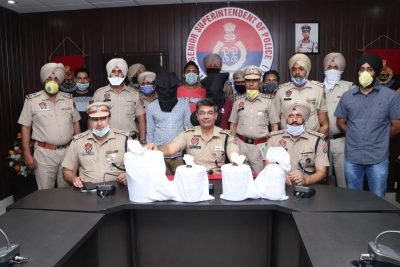 NOTE:   It is worth mentioning here that the police of district Jalandhar (Rural) is not only strongly implementing the Lockdown/Curfew in the district for the safety of general public from Covid-19, but is also carrying out the drive against narcotic smugglers and anti social elements.  Resultantly, since 23-03-2020 till date, 1 case of blind murder traced, 03 Pistols, 120 cartridges and following is the detail of narcotics recovered by the Jalandhar (Rural) Police: