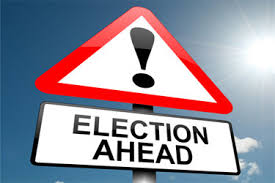 Shahkot/Jalandhar, May 16 – Punjab BJP President Shwet Malik today gave a clarion call to the party cadre to fan out in the constituency to support the candidature of SAD candidate Naib Singh Kohar.

Addressing a large public meeting here, the BJP president said campaign duties had been assigned to BJP leaders and cadre and they should start campaigning vigorously in favour of Naib Singh Kohar. “Former SAD minister Ajit Singh Kohar did tremendous work and service in this constituency. His family wants to continue this legacy. The family and Naib Singh Kohar have our full support in this task”, he added.

Speaking about the functioning of the Congress government, the BJP president said there was no governance in the State presently. “Development is at a standstill. The law and order situation has deteriorated to such an extent that it seems that the law of the jungle is prevalent in Punjab”.

Mr Malik said the only way to set things right was to ensure the defeat of the Congress candidate who had achieved the dubious distinction of heading the illegal sand mining mafia in the area. He said if Congress candidate Hardev Laadi Sheriwalia was defeated the Congress government would be forced to implement the promises made to the people including waiving off all loans of farmers, ensuring jobs to youth and enhancing social welfare emoluments.