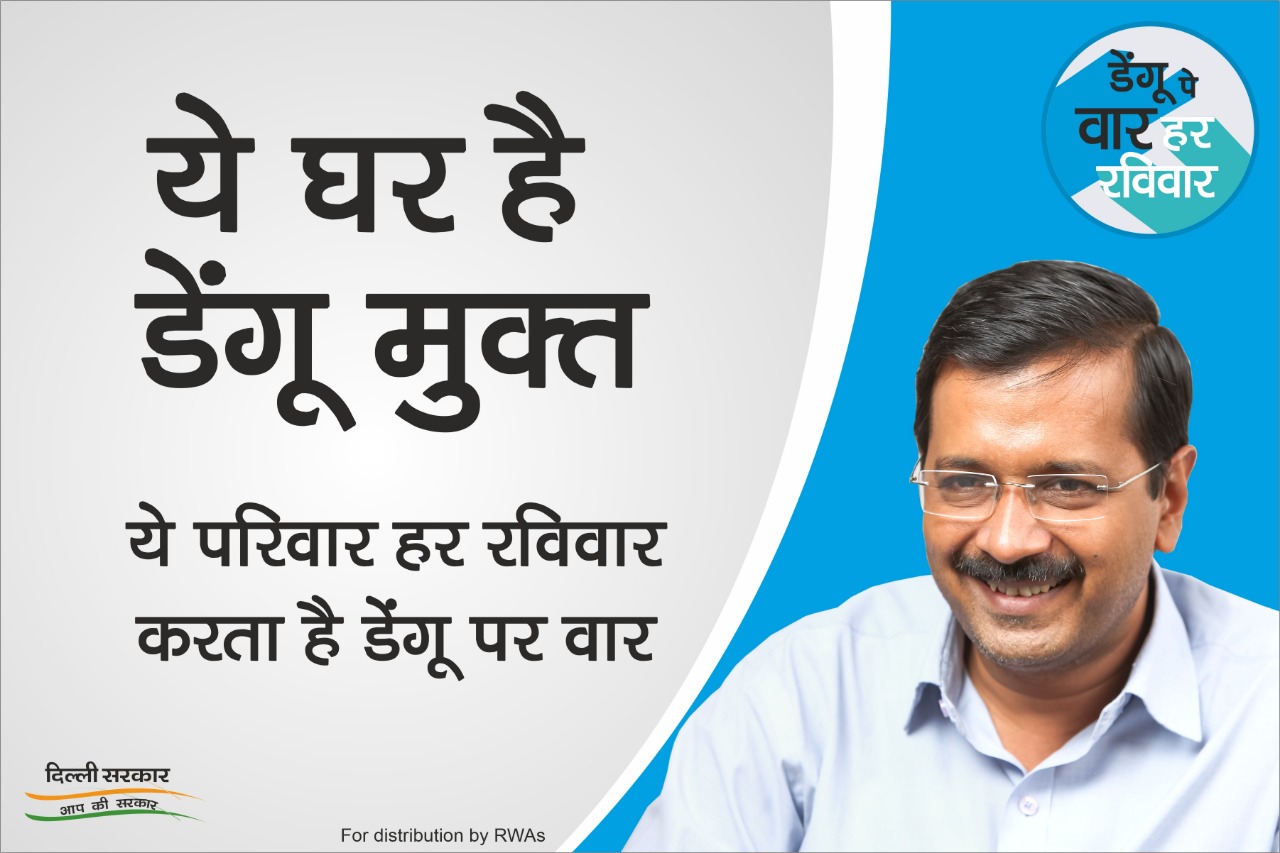 Delhi,September 24,2019:: Chief Minister Arvind Kejriwal on Tuesday at Talkatora Stadium of Delhi addressed an interactive session with RWAs. He announced 5-point action plan for RWAs of Delhi in the fight against Dengue under the chief minister’s 10 Hafte 10 Baje 10 Minute. 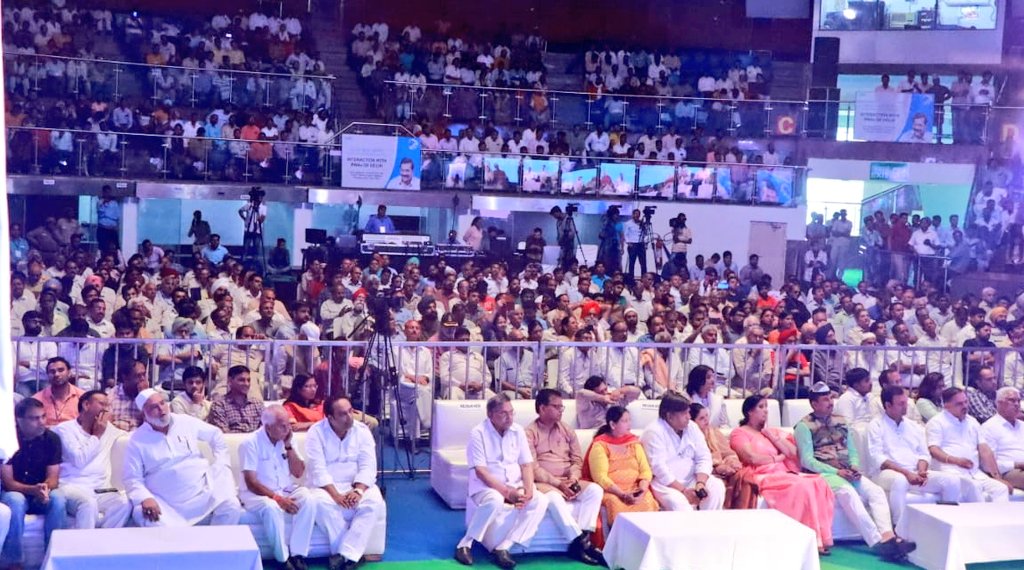 The Chief Minister appreciated the contribution of RWAs in the development of Delhi. He tweeted, “I am confident RWAs will play an important role in the city’s fight against Dengue.” 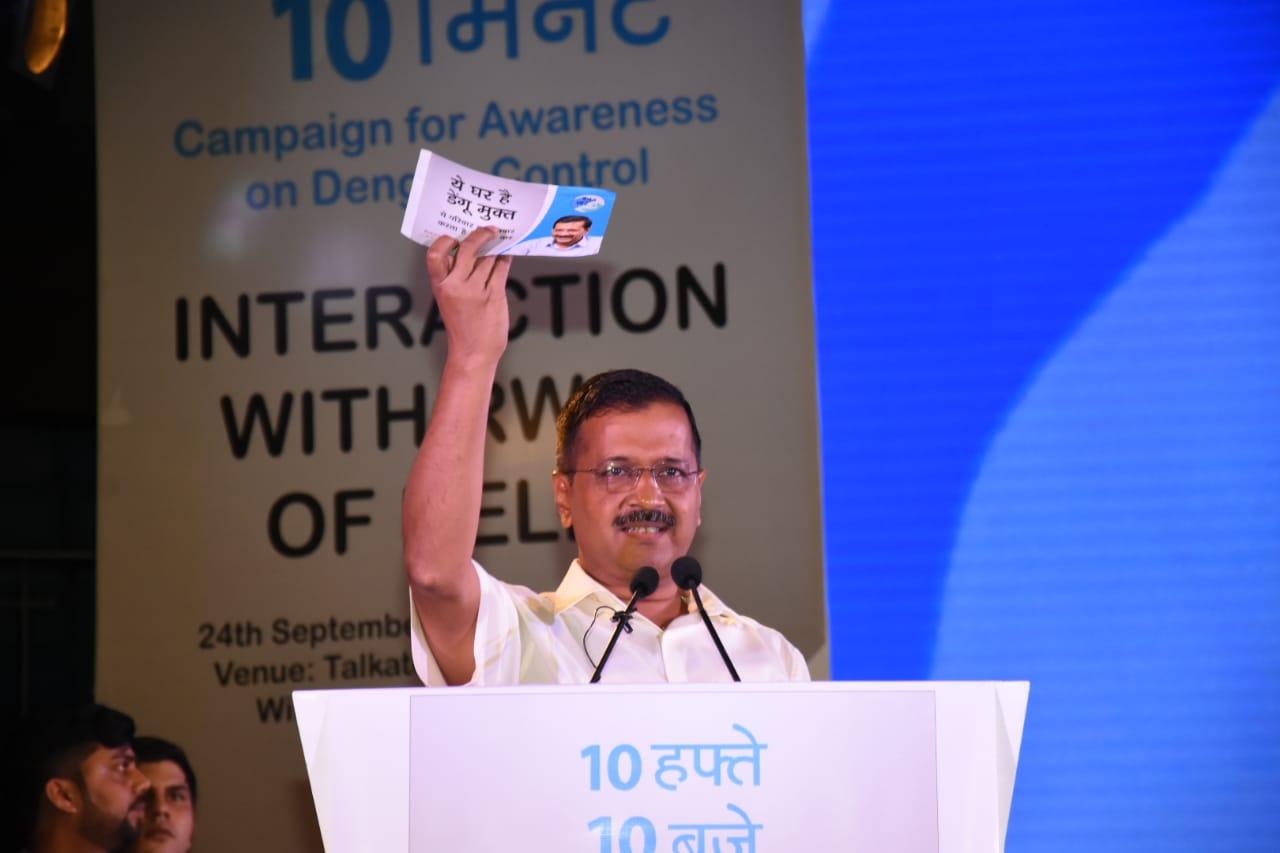 Addressing the RWA officials in the session, CM Arvind Kejriwal said, “We did not expect such tremendous results through our #10Hafte10Baje10Minute initiative in the city. We were told by several experts that dengue repeats its cycle in every three to four years, we did witness the consequences of dengue in the year 2015. There were more than 15,000 cases of dengue and 60 unfortunate deaths that year. My team and I were constantly traveling back and forth to ensure there were sufficient facilities available in our hospitals. This is when we realized we have to gather the support of our people, our citizens. It only takes 10 minutes to ensure your house is clear of any stagnant water, and that’s where we came up with the concept of #10Hafte10Baje10Minute. We did not expect such a huge support from the people.” 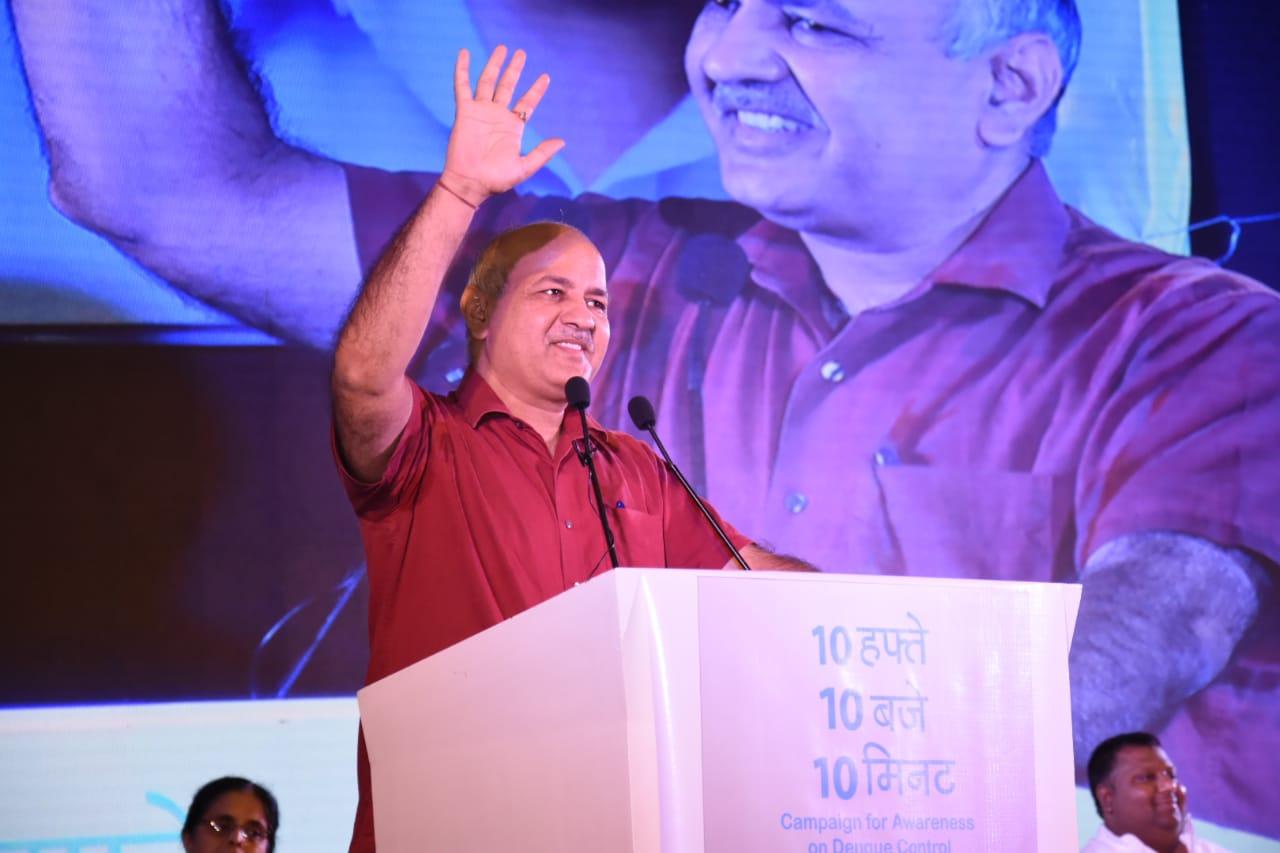 “The huge public participation in the campaign has eradicated Dengue from city to a large extent. Only 221 cases of dengue have been reported in Delhi till Monday this year. In 2015, there were 15,000 cases. 60 people were killed. Last year, there were 2800 hundred cases,” said CM Shri Kejriwal.

The session was organized in the presence of various Delhi government ministers, MLAs and RWA officials. The RWAs and various other officials assured full cooperation with the government. Officials from the two large RWA organizations, Citizens Alliance and Energy, were also present at the conference.

5-point plan for the RWAs

The chief minister has introduced a 5-point action plan for the RWAs for better coordination and cooperation in preventing of Dengue in the state.

For the first step, the RWAs have to ensure that the government’s pamphlet on dengue prevention measures reach every household in their localities. Second, Dengue free sticker has to be delivered to every household. People can paste the sticker after inspecting their homes for clean and stagnant water on every Sundays to notify to others that their house is dengue free. Third, they can also spread the message to inspect the houses on their WhatsApp groups to encourage people to inspect their houses for dengue on Sundays. Fourth, every RWA has to issue circulars and ask residents to check their house at 10 AM every Sunday. Fifth, after inspecting their homes, RWA officials have to go to their area and convince the residents to inspect their houses at 10 AM every Sunday.

Delhi will be dengue-free by next year: Deputy CM Manish Sisodia

Deputy Chief Minister Manish Sisodia said that it is difficult to keep an eye on each and every corner of Delhi with the sole efforts by the government. Everybody’s support is needed to make Delhi dengue-free. “Dengue has declined in the last five years which proves that the people of Delhi have become aware. Me and my family suffered from dengue last year. I was very happy when the Chief Minister’s campaign initiated. I too inspect my home for stagnant water every Sunday. And I am hoping that you all will support us too.”

Minister of Health and Family Welfare Satyendra Jain, Minister of Social Welfare Rajendra Pal Gautam, and Minister of Food and Public Distribution Imran Hussain were present to grace the occasion.

“Despite several efforts, our anti-dengue campaign was not very successful due to lack of cooperation from the Government for several years. Fortunately, Chief Minister Arvind Kejriwal himself has taken the initiative to eradicate dengue from the city. We hope that diseases like dengue, chikungunya, malaria will be eradicated from Delhi through the #10Hafte10Baje10Minute initiative of the government. The way Government’s effort has made the country polio free, I hope that the initiative of Arvind Kejriwal will make Delhi dengue free in the same way. Delhi government’s campaign has succeeded in preventing dengue despite strong assumptions that dengue would spread.”

“I have also been president of my RWA for fifteen years. I think, for the first time, the Government is working on such a large scale to eradicate dengue. The RWA and other institutions used to make efforts to reduce dengue, but it did not seem to have a major impact. Now Shri Arvind Kejriwal himself has taken up the raft to eliminate dengue. Their efforts have also helped control dengue in Delhi to a great extent and we hope Delhi will be dengue free by next year.”

“We have been trying our level to prevent dengue. In case there is a dengue outbreak, the whole family is in distress. It thrives with the negligence of our neighbors and us. Now Chief Minister Arvind Kejriwal has launched the campaign. Inspired by this, we are motivating the RWA and others through the WhatsApp group and other social media channels to take ten minutes to replace the clean water stored in the house. It is yielding better results. Dengue cannot be stopped only by spraying medicine. For this, awareness is essential that every man should check his house. After the Chief Minister Kejriwal’s campaign, there has been a lot of awareness among the people.”