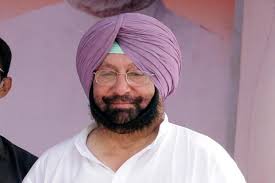 Keeping in view the outstanding role in Surjit Hockey Society, Jalandhar in promoting of game of Hockey, producing several players who have proved their mettle in national and international events, providing sports kits to 550 budding players on the 550th Parkash Purab of Sri Guru Nanak Dev Ji and to successfully organizing of the 36th edition of the Surjit Hockey Tournament-2019, the Chief Minister Capt. Amrinder Singh has released a Grant of ₹ 21:00 Lakh from his discretionary quota to Surjit Hockey Society, Jalandhar.

Thanking the Chief Minister and Punjab Sports and Youth Affairs Minister Rana Gurmit Singh Sodhi, Deputy Commissioner-cum- Society President Varinder Kumar Sharma said that the grant would go in a long way to promote the national game among the youths besides giving a major fillip to it in the region.Sharma told that Surjit Hockey Society was playing a vanguard role for grooming the young players.

The Deputy Commissioner further said that society was further making every effort to channelize the unbounded energy of youth in a positive manner especially in the field of sports.

Sharma added that society has laid the foundation of a great movement aimed at the revival of the national game by imparting world-class training to youth.

Rani wins The World Games Athlete of the Year 2019 award