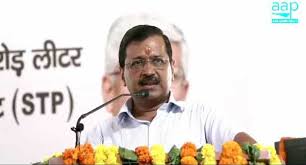 ·         The pilot for the project, which has the potential for ending Delhi’s water shortage, particularly during summer months, is aimed to start in a month’s time

New Delhi, July 10, 2019: The Delhi Cabinet, in its meeting on Wednesday morning chaired by the Chief Minister  Arvind Kejriwal approved the inter-departmental committee report on the first of its kind project in the country, the Yamuna flood plain natural water storage pilot project.

The important project aims at conserving water in the Yamuna floodplains and creating a mega-reservoir between Palla and Wazirabad to deal with the water shortage in Delhi, particularly during summer months. 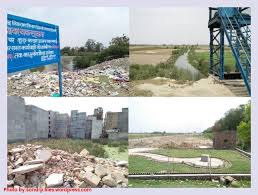 The project envisages the creation of small ponds in the floodplains which will catch water from the overflowing Yamuna during the monsoon season. Most of the approvals have been received for the pilot project, barring two from the National Green Tribunal (NGT) committees, which are expected very soon.

The pilot project has been fast paced due to the hourly monitoring by the Chief Minister on a personal basis. He has been keenly pushing for the ambitious pilot project which is going to be a game-changer for Delhi.

It was not possible for such an ambitious and huge project to take off without the personal constant monitoring of the Chief Minister. The Chief Minister is fully convinced that only recycle and recharge of water are the solutions to the problem of water scarcity in the national capital, particularly during the harsh summer months.

The timely intervention and regular monitoring of the pilot project by the Chief Minister, (who is himself an IIT Kharagpur alumni, a mechanical engineer) has now given a full one month’s time to the Irrigation & Flood Department for the preparations of the project. The timely approvals of the Centre also came in as a shot in the arm and helped in giving ample time to do the groundwork for the project.

The pilot project will prove to be a game-changer not only for Delhi but for the whole country which is facing huge water crisis in different parts.

CM’s dream: piped water to all

When the present government came to power in February 2015, only 58% of Delhi had piped water connection at their homes. In a time of four and a half years, the number of households with piped water has gone up from 58% to 88%.

The Chief Minister’s dream is to make every household of Delhi have piped water connection so that they don’t face any problem in getting drinking water.

The Chief Minister has also made it clear that he plans to provide every household of Delhi 24-hour drinking water supply.

Pilot Project: First of its kind

The Yamuna flood plain project is first of its kind in the country. The concept of water recharge & recycle has been heard mostly in developed countries.

This project makes it clear that the Chief Minister of Delhi thinks way ahead of others and has the vision to implement best practices from across the globe for the development of the city.

This pilot project monitored directly by an IITian on an hourly basis made it easy to see the day. The Chief Minister, an IITian, personally monitored and pushed the project. With his technical background, it was very easy for him to envisage the small details of the pilot project and its implementation.

The interdepartmental committee report recommended that an amount of Rs. 77,000/- per acre per annum should be paid to the farmers for leasing their land for the ambitious pilot project.

The farmers will get the sum according to the number of acres of land they give the government on lease for the pilot project.