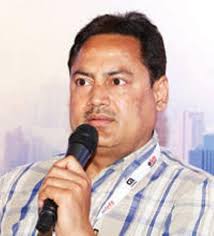 By SK.Vyas:
JAMMU, JUNE 14,2019: Commissioner Secretary, Power Development Department, Hirdesh Kumar reviewed the status of implementation of flagship programs in power sector viz. DDUGJY, PMDP, IPDS and RAPDRP.
Development Commissioner (Power), Avinash Dubey, Chief Engineer, EMRE Wing, Jammu, Sudhir Gupta, Chief Engineer, S&O Wing, Jammu, Gurmeet Singh, Chief Engineer, Project Wing, Jammu, Manhar Gupta, Superintending Engineers, Nodal Officer, Sanjay Sharma and representatives from the concerned Project Implementing Agencies (PIAs) such as PGCIL, RECPDCL, RECTPCL, Reliance Elektrik, Transrail Lighting and Capital Electech, also attended the meeting.
Commissioner Secretary took a detailed review of item-wise progress achieved viz. creation of Sub-Stations, HT Lines, LT Lines, DT, etc., in all Districts, individually from the respective Project Implementing Agencies. He expressed his satisfaction over the progress of works executed so far by PGCIL in 8 Districts assigned to the said agency as PIA and asked the other agencies also to gear up their progress so as to complete the works well before the set timeline.
He further directed the concerned officers to sort out the issues like RoW, other inter-departmental issues coming in the way of smooth implementation of projects under these flagship programs through the District level committees constituted by the Government. He was informed that the transportation of materials to the respective sites is in full swing and is being carried on head load to difficult erection sites, on hilly terrains. Hirdesh directed the concerned officers to adopt strategic approach to minimize all kinds of procedural delays like approval of drawings, inspections etc. and also set fortnightly targets for expeditious execution of works, while directing the executing agencies engaged in snowbound areas to work in double shifts so that considerable progress is achieved before the onset of winters, when the seasonal constraints pose hurdles towards the implementation of works.
He asked the Engineers to frame a separate proposal for ensuring adequate availability of power to the farmers, particularly residing in border areas for regular running of their local pump-sets which will improve their agricultural yield while he also directed the executing agencies of DDUGJY scheme to expedite the progress for segregation of agricultural feeders from the domestic feeders as provisioned under the said scheme.
While discussing the progress of IT works like SCADA, RT DAS under R-APDRP Part A and IPDS schemes, the Commissioner Secretary said that IT is the backbone of modern distribution system, the implementation of the said projects shall be pushed forward and directed the officers to initiate/ float tenders for the same immediately as sufficient funds have been made available from GoI for the said works.
He also asked the concerned PDD Officers to take suitable measures to provide regular power supply to the consumers in this scorching heat while asking them to mobilize all resources towards restoring power in case of any breakdown/ infrastructure damage, on war footing basis so as to ensure power restoration with minimum downtime.
He further asked the concerned officers to expedite the process of installation of smart meters as the tender for the same has been finalized.