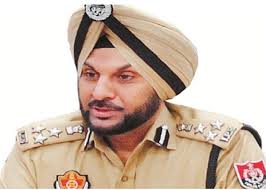 Jalandhar, April 1, 2020:The Jalandhar Commissionerate Police have arrested 23 persons for violating the orders of Curfew imposed by the district administration to prevent the spread of the Coronavirus.

He said that all the accused have been arrested by the Police and further action has been initiated against them.

Bhullar reiterated that the curfew has been imposed to check the spread of Corona Virus in the district and it was in the interest of all the stakeholders.

He said that a viable mechanism has been put in place for the entire security arrangements and sectoral officers from Police have been deployed. He said that every effort would be made to maintain law and order in the city.

The Commissioner of Police categorically said that no one would be allowed to violate the law and stern action would be taken against violators.