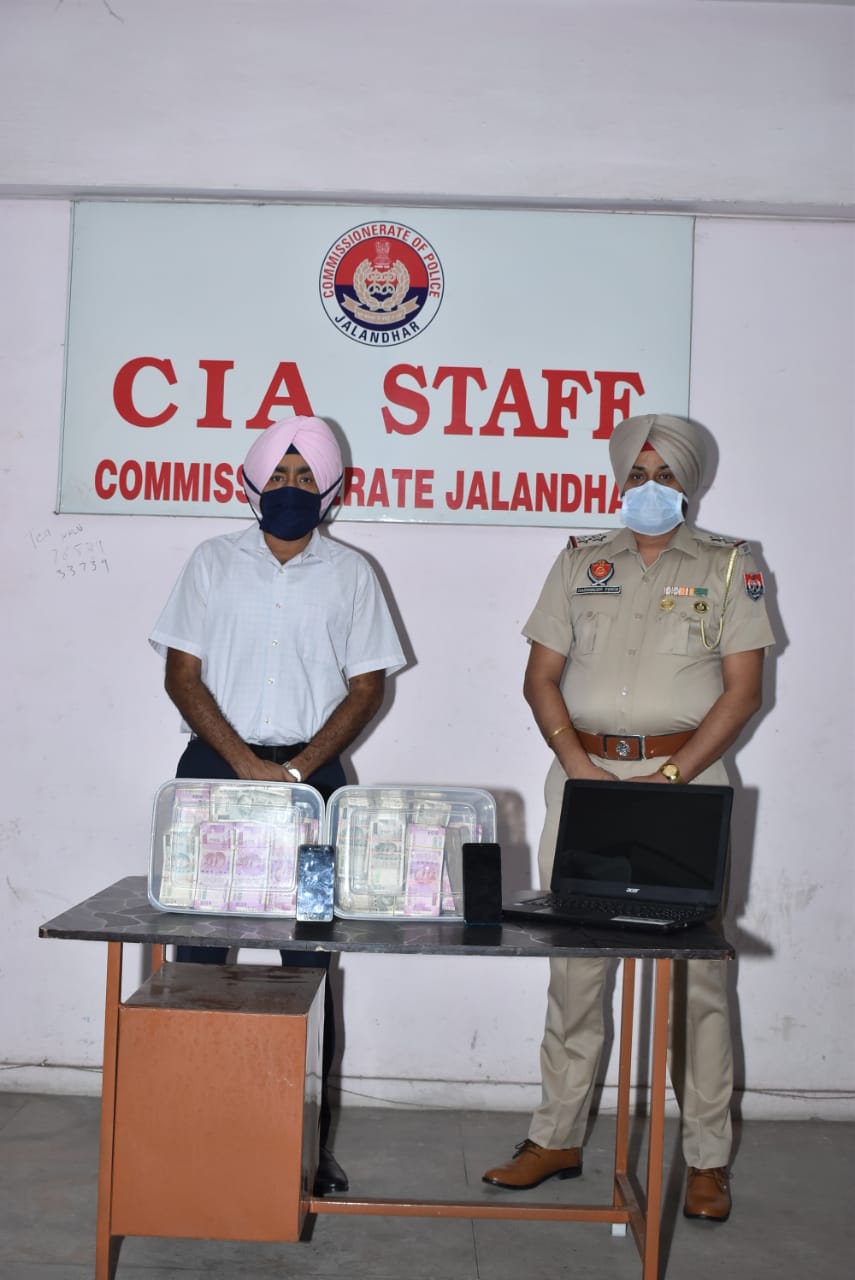 Jalandhar, July 26, 2020:  In a crackdown on cricket betting, the Commissionerate Police have arrested a bookie involved in online betting racket on cricket matches and seized a whopping Rs 1.23 crore from his house in the local BSF colony.

The accused has been identified as Sourav Verma (39) a civil engineering diploma holder and an architect by profession. The cops have also recovered a laptop and two mobiles being used in operating the betting by the accused. The laptop and mobiles would be handed over to the cyber cell to get into the bottom of the betting racket.

Divulging details, the Commissioner of Police (CP) Gurpreet Singh Bhullar said that a team of CIA staff-1 was on patrol near Workshop Chowk on July 25 and received a tip-off about the accused was running a betting racket from his home and a huge amount of cash was also in his possession there.

Bhullar said following the information, the CIA team raided the house and arrested the accused when he was betting on England-West Indies Test Match. ADCP Investigation Harpreet Singh Benipal was also called at the spot for a thorough probe in this racket, he added.

He said that the accused was operating the racket through ‘Z-Account’ online application.

Sourav had opened a ‘Sourav Planner’ in the colony for the show-off and was involved in betting for last few years. He used to win the betting or loose sometimes in this online racket owing to which the cash was kept in the home.

He said that the police would take strong action against all the persons involved in this racket as cyber cell had also initiated scanning the laptop and phones besides, Income Tax Department had also been informed about seizure of cash.

He stated that a case under sections 13-A, 3, 67 of the Gambling Act had been registered against the accused in police station-2.

Bhullar said that the accused would be taken on the police remand for further investigation into the case.