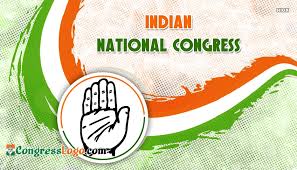 Congress, SAD look for a winnable candidate from Ferozepur

Phallianwala had won from here in 1996 as Bahujan Samaj Party candidate.

The dominant presence of Rai Sikh and Kamboj communities in this seat hold key to the electoral outcome here. But for this to happen, support of Phallianwala to Ghubaya’s candidature is the pre-condition.

With the sting operation by one of the TV channel exposing Sher Singh Ghubaya for use of illegal funds to allure the voters, have once again landed him in a very awkward situation.   Earlier also one ‘intimate’ video was viral on social media.

Another Congress leader, Rana Gurmit Singh Sodhi MLA from Guruharshai, holding Sports portfolio in the incumbent Congress government in the state, is also a claimant for the ticket.

Both Congress and SAD are waiting for the nomination of a strong candidate against each other. Both are looking for a winnable candidate

Speculations about Sunil Jakhar now from Gurdaspur are clear from the latest list of candidates released by the Congress but still, there is a look for a suitable candidate among the stakeholders or field from outside, who could win this seat after Gurdial Singh Dhillon in 1985.

The intellectual classes, who too review the poll state of affairs on day to day basis, are of the view that Congress will stand in Ferozepur only – irrespective of any candidate – provided all other leaders are united.

Similarly, in the SAD circles, the position is the same except in case if the candidate is from Badal’s family when the whole fraternity of SAD will be united.

There are also rumors that Captain and Badals are having a seat fixing over Ferozepur and Bathinda and it could only be guessed from the announcement of the candidates.

It looks that both – Congress and SAD top brass – are concentrating on deciding the candidate for Ferozepur, from various angles for the winnable candidate for playing a number candidate.

In the meantime, both the party leaders have started their campaign in Ferozepur ahead of the announcement of their candidates.

Despite COVID, work on Shahpurkandi Dam project working in a mission mode Sarkaria

Capt Amarinder asks Sukhbir Badal, Are you rejecting the resolution in totality

International Day against Drug Abuse and Illicit Trafficking to be observed throughout district: DC