Holds meeting with Officials, listen to grievances of people
Exhorts people to follow Medical  protocols to prevent the spread of COVID-19 contribute in Mission Faith
Jalandhar, July 27, 2020: Senior Superintendent of Police (SSP) Jalandhar Rural Navjot Singh Mahal who got infected with NOVAL CRONAVIRUS in line of duty as frontline corona warrior on July 9, resumed his duty on Monday after a gap of 18-days.
On his arrival at the SSP office complex, Mahal was given a floral welcome by senior officers of the rural police including SPs  Ravi Kumar, Ravinder Pal Singh Sandhu, Sarbjeet Singh Bahia and others. 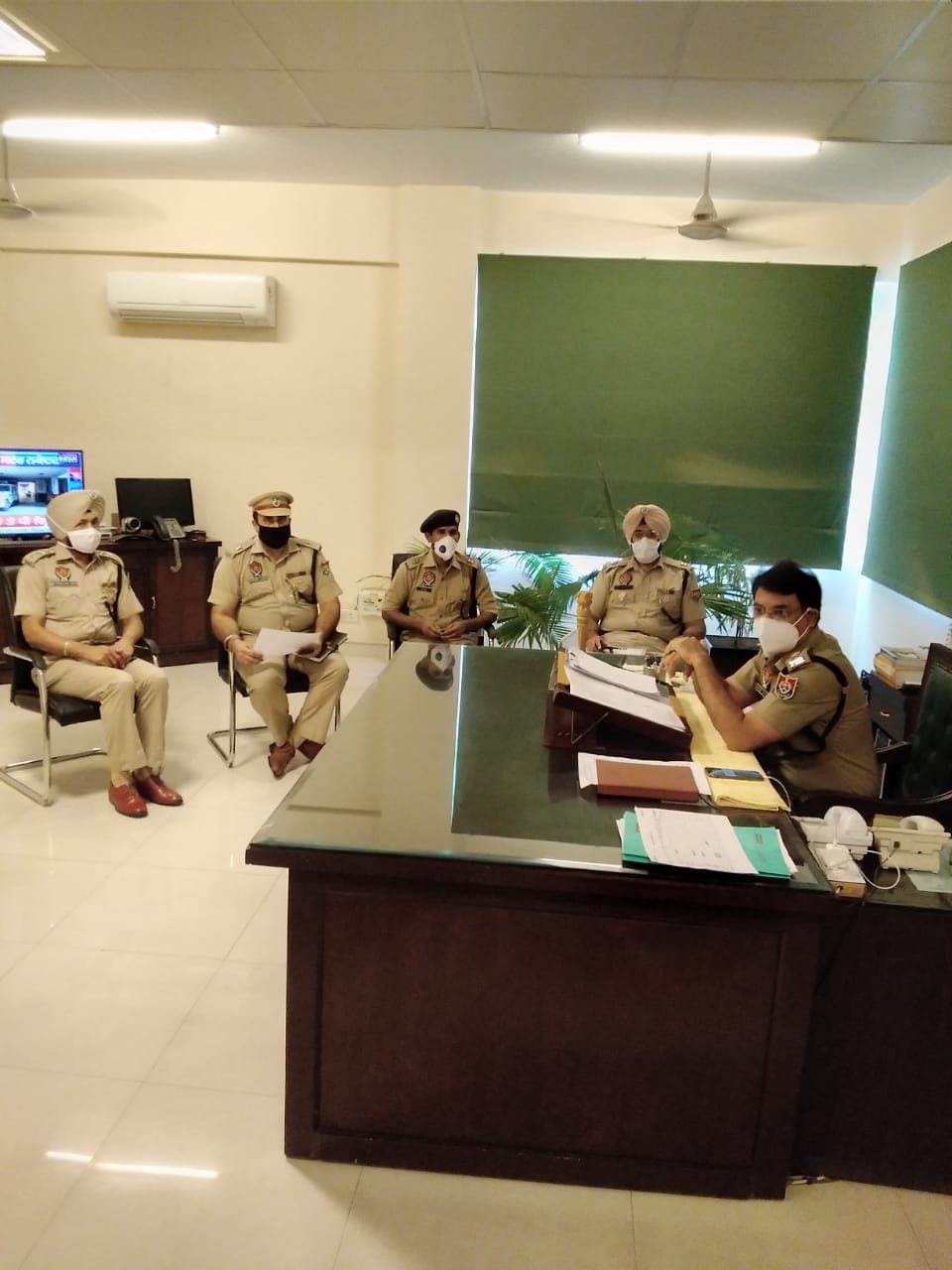 After holding the meeting with them, Mahal listened to the problems of the people and reached his office and took a round of the SSP office complex.
Despite being in quarantine 18 days ago, SSP Mahal continued his duty as usual through mobiles or video calls, which led to major successes by busting a Pakistan sponsored smuggling racket and arrested four persons including BSF constable and nabbed gangsters and drug peddlers.
Sharing his experience after testing COVID positive, SSP said that he immediately went into isolation on July 9 and strictly adhered to the medical protocols in the quarantine period and successfully recovered from the symptoms of COVID.
Mahal said that he continued to monitor the various operations of the rural police and busted Pakistan operated drug racket, arrested gangsters and drug peddlers from home during the quarantine period. He said that he was in regular touch with the officers and keeping a close vigil on the situation.
“From July 9 to July 26, the rural police have recovered 412-kg poppy husk, 843-gm heroin, 970-gm opium, 19790 intoxicant capsules and 1803 tablets, drug money worth Rs 42.30 lakh, 4400-KG lahan, 1024 Litre. illicit liquor, 90 Litre English wine, 4000-liter chemical alcohol, 8 workings still, four illegal weapons, 92 cartridges and two magazines and arrested 106 accused”, SSP disclosed and added that he was on job despite being in isolation which kept him in high spirits.
He said self-control, staying positive and motivated all the time helped in speedy recovery besides and few yoga exercises helped in raising the immunity.
Exhorting the people, SSP said that all of us must make physical distancing, meticulous hand hygiene and avoid touching face, eyes and nose, a mandatory part of life to keep the Covid-19 at bay.
He also solicited the fulsome support of the people in making Mission Fateh a huge success in this battle against novel coronavirus.
He said that ‘Mission Fateh’ a flagship program of the Chief Minister Capt Amarinder Singh, is a mission of the people, by the people and for the people.

Raksha Bandhan: A Day Celebrating Tom and Jerry of Our Houses