‘Stigma’, whether social or otherwise, has been prevalent in our society since time immemorial. Of course, depending on various factors, it manifests itself in many different ways and is quite easily visible in our communities. The Dictionary meaning of ‘Stigma’ is ‘a mark of disgrace associated with a particular circumstance, quality, or person’. In the context of any disease or illness, it refers to a strong feeling in society, that having a particular illness is something to be ashamed of or feel embarrassed about.

With the onslaught of the novel coronavirus and the pandemic by which now millions have already been affected, the incidence of social stigma has seen a steep rise. Public health emergencies, such as the current pandemic, are stressful times for people & communities. Stigma is associated with a lack of knowledge about how Covid-19 spreads – a need to blame someone, fears about the disease and death, and gossip that spreads rumors & myths. Stigma occurs when people negatively associate an infectious disease (like the COVID-19), with a specific population. In the case of Covid-19, there are increasing numbers of reports of public stigmatization against people from areas affected by the epidemic. Unfortunately, this means that the people are being labeled, stereotyped, separated, and they experience loss of status and discrimination, because of a potential negative affiliation with the disease. Even people who don’t have the disease, but share other characteristics with this group, may also suffer from stigma. Stigma can also happen after a person has recovered from Covid-19 or has been released from home isolation/quarantine. Covid-19 stigma has become a major roadblock in India’s path to recovery.

Some groups of people who may experience stigma during the COVID-19 pandemic include:

Stigma hurts everyone by creating more fear or anger toward ordinary people instead of focusing on the disease that is causing the problem. Stigma can also make people more likely to hide symptoms or illness, keep them from seeking health care immediately, and prevent individuals from adopting healthy behaviors. This means that stigma can make it more difficult to control the spread of an outbreak.

Why is Covid-19 causing so much of stigma? The level of stigma associated with Covid-19 is based on three main factors:

It is understandable that there is confusion, anxiety, and fear among the public. Unfortunately, these factors are also fuelling harmful stereotypes. The impact of this is that the stigma can undermine social cohesion and prompt possible social isolation of groups, which might contribute to a situation where the virus is more, not less, likely to spread. This can result in more severe health problems & difficulties in controlling a disease outbreak. The stigma can:

Social stigma can be addressed by building trust in reliable health services and advice, showing empathy with those who are affected, understanding the disease itself and adopting practical measures so that the people can keep themselves as also their loved ones safe. An environment needs to be created in which the disease and its impact can be discussed and addressed openly, honestly & effectively. In order to avoid compounding social stigma, the following tips may prove useful ….

We have observed that segregation of patients leads to the ‘institutionalization’ of stigma – a process by which stigmatising behaviours become routine, every day. Its outward manifestation is setting up of places such as quarantine or detention centers, and separate test facilities. Recently, the Air India crew complained of stigmatisation when health authorities stamped ‘Quarantined’ on their houses. Similarly, local authorities in Delhi put up notices outside houses of people who were placed under home quarantine, as if they were some sort of criminals. We have seen in the case of Covid-19 that the stigma does not only attach to those who are sick (or suspected to be sick) but also to those who tend to them. Neighbours denied entry to doctors and nurses, and they had to spend nights in cars and hotels. Many RWA’s locked down the entire society or high-rise buildings etc., just because there was one solitary case affected by Covid-19. Such institutionalisation of stigma results in alienation and puts a whole lot of people to grave difficulties etc. Those suffering from it tend to exhibit one of these ‘three kinds of behaviours’. The first category is where self-stigma shows itself when the affected person isolates himself from the community and leads a shielded life. We have not yet heard or seen this in the case of Covid-19, but should the virus persist, the media will uncover stories where people have resigned themselves to their fate. The second category of patients learns to manage their health condition. Such patients may undergo quarantine / segregation from the rest of the community, but may not let others know about it. Hiding facts or symptoms of disease is a common strategy that people adopt to fight stigma. Finally, the third category is of those who have been victimised and go ahead to confront or challenge the normative expectations that people around them have. They demand rights, seek concessions, form associations as seen in the case of HIV and leprosy or they may simply protest. In Covid-19, all of us remember, witnessing an extreme manifestation of protest when groups of people in Indore and in some other cities too, turned violent and attacked doctors. 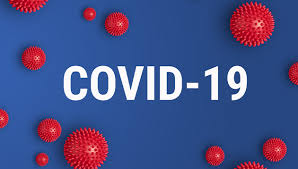 India, and much of the world, has a long history of segregation of people, groups and masses, especially in times where diseases did not have a cure. The British government established sanatoriums, asylums and other kinds of institutions for persons suffering from tuberculosis, leprosy and mental conditions. In 1897, it framed the Epidemics Act that provided legal cover to segregate infected persons. Independent India also framed laws that allowed divorce on grounds of leprosy; the laws prevented persons affected with leprosy from obtaining a driver’s licence and contesting elections, and forced several of them to live in asylums.

In India, there is currently a lack of clear and effective communication and a knowledge-based stigma reduction strategy which can translate into public education, community engagement, and trust in the health care system. Actually, what we need is more layered and less panicked communication.

Firstly, we should acknowledge that the virus will not going away any time soon. Any strategy needs to be long term, broad based & transparent, with key public figures that can help the State communicate this on a daily basis. Unless the State can help people understand the disease itself, telling them not to be anxious about it is futile. Further, it needs to drive home the point that stigmatising people and communities will not help.

Secondly, we need to move from the language of fear and paranoia to one of empathy. We can stop using terms such as “infected” and “carrier” and switch to “affected” or “acquired.” This reminds people that patients and those at risk are people just like us.

It is time for the government to build multilingual, multipronged influencer strategies. From stars to religious leaders, everyone can help promote empathy and self-care. These voices can amplify important messages and create a sense of responsibility. Law enforcement agencies should also maintain low tolerance towards prejudice-driven attacks. A public awareness campaign around breaking stereotypes that harm social cohesion and empathy is the need of the hour. We have already seen sections of mainstream media and social media demonising certain communities and ethnicities. This is not just unethical, but also has a direct impact on disease control and people’s lives.

Finally, we need to highlight – as was done with tuberculosis and HIV – stories of resilience and recovery, as much as we do stories of distress. This is not to say that criticism should not be welcomed, but to remind people that the virus can be overcome and most people will recover.

Recently, in India, the social stigma as a result of Covid-19 reached a point of frenzy and zenith, so much so that it overwhelmed its ability to dispose of its dead due to corona virus. Either there were relatives who were told by health care professionals & workers that they would not be handed over the bodies of those dead due to Covid-19 or on the other hand there were cases of such relatives who were too scared to even touch the body, what to talk of cremating it by following requisite rituals etc. All this was due to the social stigma created due to lack of awareness, misinformation etc. Indians today also are still very scared of catching the infection if they touch or stand near a dead body. On a petition, the Supreme Court recently ordered that mishandling of bodies by the civic authorities or the health workers etc. was a violation of the fundamental right envisaged under Article 21 of the Constitution of India and also went on to deeply hurt the dignity of the families of the dead person. The World Health Organisation has declared that dead bodies do not pose a risk of transmitting the infection since the spread usually happens through air-droplets. Somebody has very rightly said that ‘The corona virus is like a pen drive. The pen drive may contain huge data for storage, transport, copying and visualisation. But, none of that can be done unless the USB connector docks onto the port of a computer’. So is the case with corona. Unless it has an interface with human cell, it cannot do anything. This is the reason it is akin to a pen drive.

We have to remember that there is no rationale which says we cannot channel our social connectedness and humanity to generate informed, scientific, empathetic responses in these times of crisis. If we don’t, it will be stigma and misinformation and not the virus which will prove to be our undoing. Covid-19 lies at the unique intersection of disease and social contact. A drug or vaccine will eventually cure the disease, but it remains to be seen whether it can tackle stigma and discrimination.

Disclaimer: The opinions expressed in this article are the personal opinions of the writer/author. The facts and opinions appearing in the article do not reflect the views of Tribunenewsline.com and it does not assume any responsibility or liability for the same.
By RAJNISH GOYAL: