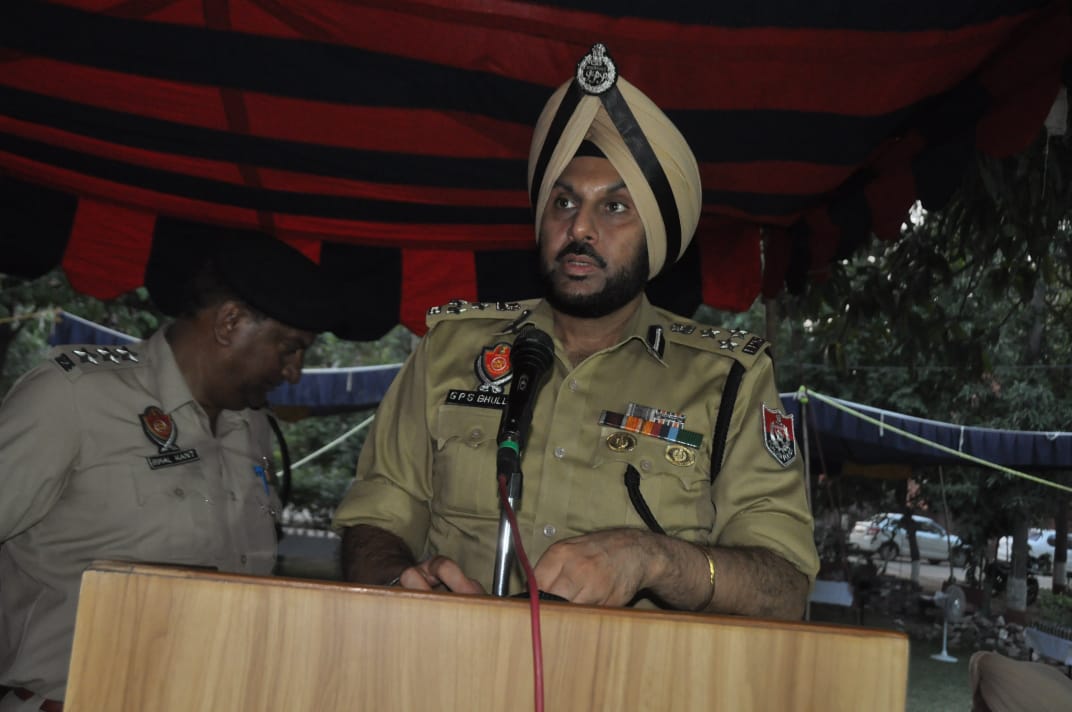 Jalandhar, June 10,2019 :The Commissioner of Police Mr. Gurpreet Singh Bhullar today pinned stars to 349 Head Constables of the Commissionerate Police who have been recently promoted as Assistant Sub Inspector (ASI). 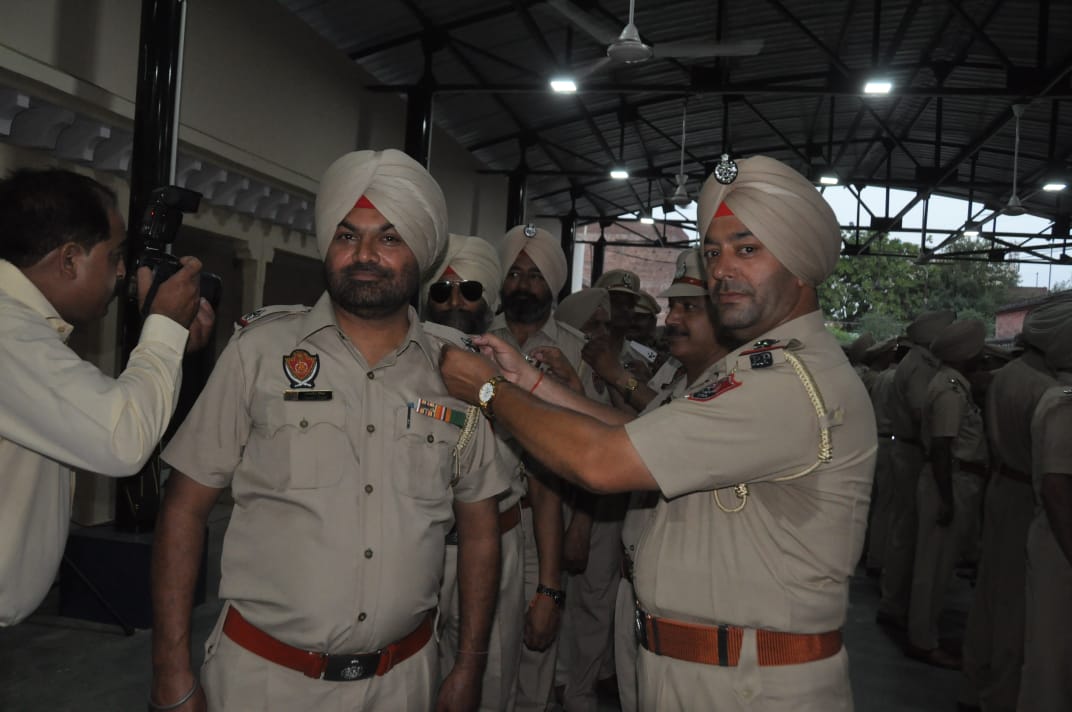 Pinning the badges in a simple but impressive ceremony held here at the local Police Lines, the Commissioner of Police, accompanied by Deputy Commissioners of Police  PBS Parmar and Gurmit Singh, said that it was a red letter day for all the Police employees who have got promotion after rendering meritorious service. He said that it was a matter of immense pride and satisfaction that these employees have been promoted to new post, which he described as a new beginning in their illustrious career. Bhullar extended best wishes to the promoted employees and expressed hope that they would uphold the glorious tradition of the Punjab Police to serve the people zealously. 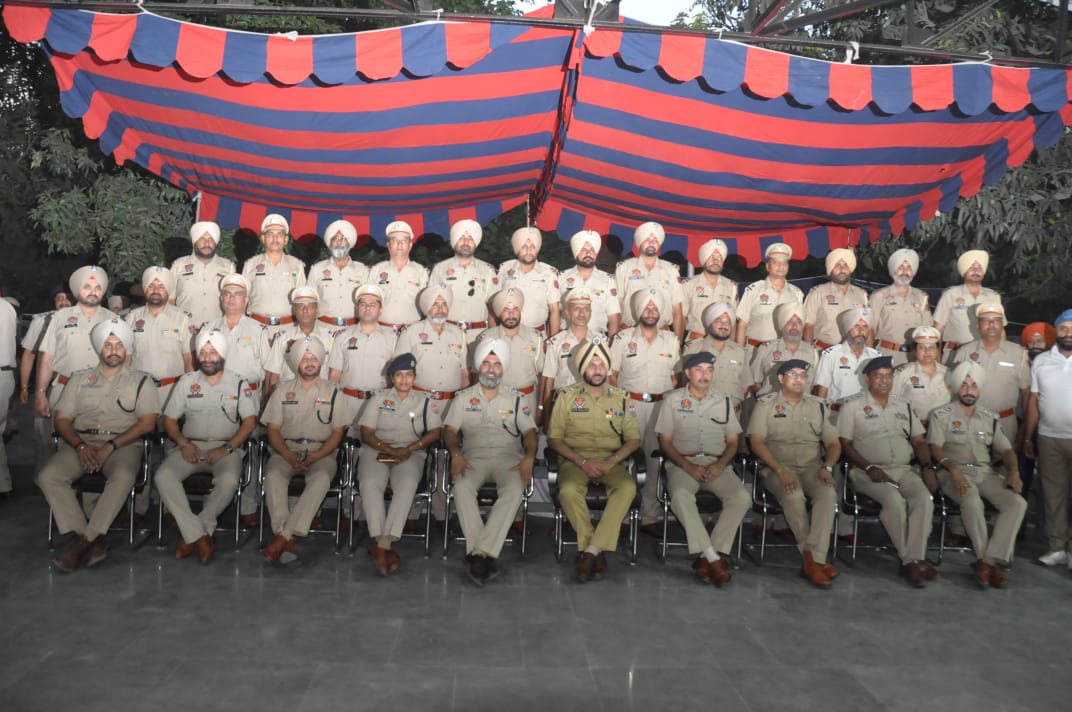 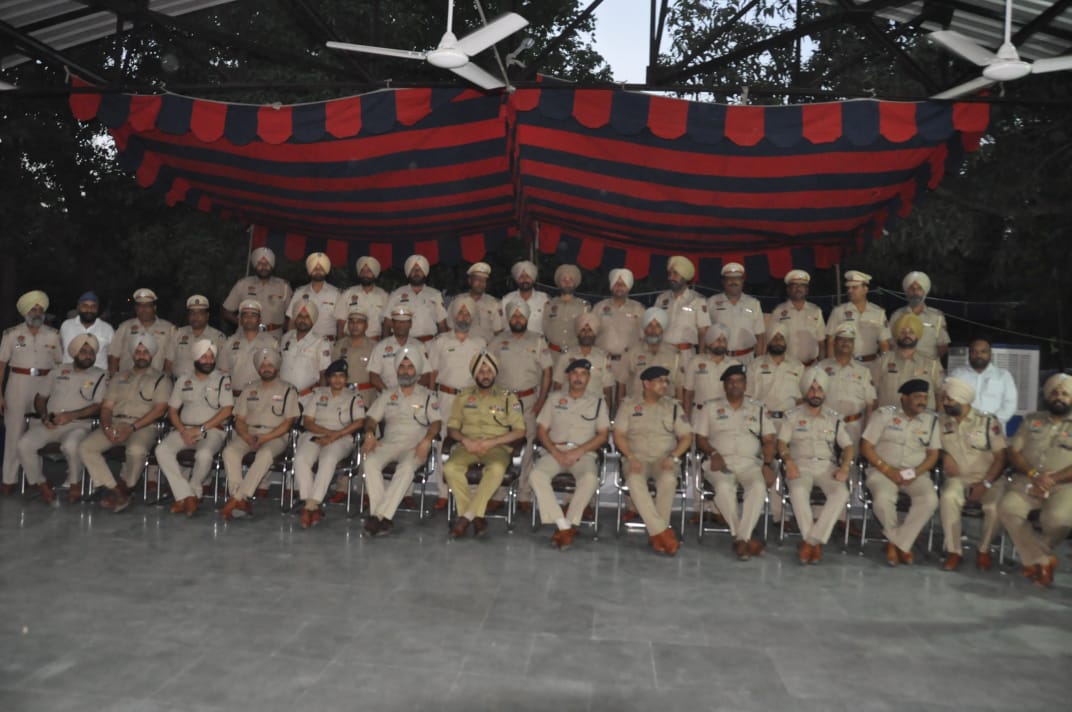 The Commissioner of Police said that he was hopeful that every employee would perform his service diligently and dedicatedly and carve a niche for themselves in the force by serving the society with full enthusiasm and devotion. He called upon the cops to deliver their duty far more diligently and effectively, as the promotion has bestowed huge responsibility on their soldiers. Bhullar said that the promotion should further propel them to discharge their duty with utmost professional dedication and commitment.

The Commissioner of Police further said that apart from ensuring good, effective and responsive policing to the masses, the newly promoted ASIs should also focus on instilling a sense of confidence and trust amongst the people by resolution of their complaints as per their satisfaction. Stressing the need for the humane face of Commissionerate Police,  Bhullar said that the Police must behave like thorough professionals besides being people friendly, stern and effective while discharging our duties of investigation and general policing.

On the occasion, Additional Deputy Commissioner of Police Sachin Gupta and other officers were also present.