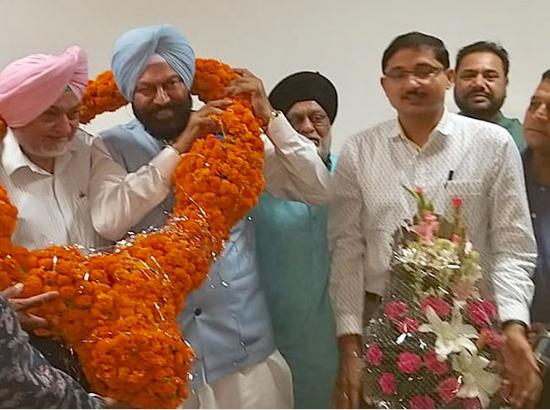 Chandigarh, June 18, 2019: “The Punjab Government is fully committed to redress the issues being encountered by the NRI Punjabi community and working for their welfare and has constituted the Punjab State Commission for NRIs for this very purpose”.

This was disclosed here today by the NRI Affairs Minister, Punjab, Rana Gurmit Singh Sodhi on the occasion of accompanying Mr. Daljit Singh Sahota to take charge as the Honorary Member of the commission.

The minister also divulged that as part of its commitment towards the NRI diaspora, a NRI Youth Forum would also be constituted by the State Government for connecting the NRI youth with their vastly rich cultural and historical roots back home. This assumes significance in the wake of the approaching 550th Parkash Purb celebrations of Sri Guru Nanak Dev Ji. The minister further added that so far 1750 complaints have been received by the commission out of which more than 90 percent have been resolved. Furthermore, the State Government would shortly fill the vacancies in the NRI Commission as well as the NRI Department.

On the occasion, Mr. Daljit Singh Sahota said that he would work tirelessly for the welfare and betterment of the NRI community and would leave no stone unturned to come to the expectations from him.