Jalandhar, June 27-,2019: The Deputy Commissioner Jalandhar  Varinder Kumar Sharma and Commissioner of Police  Gurpreet Singh Bhullar today asked the National Highways Authority of India to make the PAP Chowk flyover operational at the earliest by making necessary amendments in design, if needed, to ensure the safety of commuters. 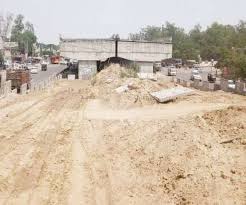 Chairing a meeting with the officers National Highways Authority of India here at his office, the Deputy Commissioner and Commissioner of Police said that the civil and police administration was firmly committed for ensuring safety and security of people besides facilitating them for smooth commuting on the road. They said that the technical part of the Flyover must be dealt with by the authority efficaciously. The officers said that the only concern of the administration was to ensure the safety and security of commuters.

The Deputy Commissioner and Commissioner of Police said that the flyover was very significant to streamline traffic movement both in city and on the national highway adding that the merging point from where traffic from Jalandhar side city and traffic from Rama Mandi over the flyover meet was vulnerable and the National Highways Authority must ensure that the movement of traffic was smooth at this point. They said that administration was duty-bound to protect life and property of the commuters by minimizing the risk of this one of the most, busy highways of the country. Both the officers also warned the authority officials that in case any casualty takes place on the road that the entire onus would be on them. They also asked the National Highways Authority Officials to expedite the work of construction of a flyover on Rama Mandi Chowk. 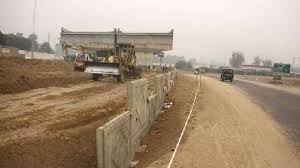 Meanwhile, the Project Director of the National Highways Authority of India apprised the Deputy Commissioner and Commissioner of Police that they were committed for making the flyover operational. He said that a committee of expert from the authority would soon examine the project and find ways and means to make it operational.