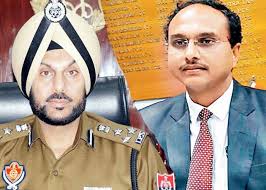 Jalandhar, May 28, 2020: With a total number of patients in local Civil Hospital dipping to mere 16, Jalandhar district was on the path of a resurgence in the war against COVID- 19 as all the containment zones of the district, which at a point of time crossed 50, have been reduced to merely three localities with the strenuous efforts of the district administration.

As per the COVID- 19 protocol an area was declared as the Containment zone after a massive outbreak of the pandemic had taken place. When the cases were on the rise in the district, the administration had declared more than 50 areas of the city into containment zones. However, when the minimum two cases or maximum 14 cases were registered from a locality it was registered as Cluster zone. Now when only 16 active cases have been left in the Civil Hospital in the district the administration had declared three localities viz. Industrial Area (from House Number 218 to Lucky General store), Lajpat Nagar (from House Number 150 opposite Red Cross Bhawan to House Number 127 Nakodar road) and Jawahar Nagar (street number 2 adjoining Headquarters to house number 351 till Dass Eye Hospital) as Cluster zones.

These clusters zones have been sealed and any movements in these except essential services have been debarred. The reduction in areas was a major sigh of relief for the city residents as earlier a major area of the city was part of this zone. However, as the administration has been able to check the spread of pandemic the area has reduced considerably thereby giving major relief to people.