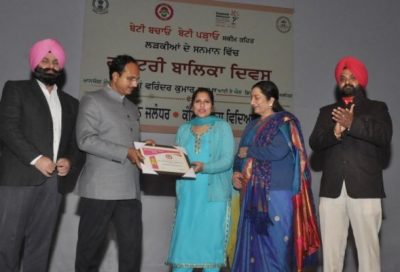 Chairing a function to mark Rashtriya Balika Diwas here at the local KVM College, the Deputy Commissioner said that it was heartening to see that women were excelling in every arena through sheer hard work and dedication. He said that education was the only key for success for the women and they must pursue high education for empowering them to ensure well being of society. Mr. Sharma said that an educated woman could not only carve a niche for herself in the society but she could also change the fate of her progeny. 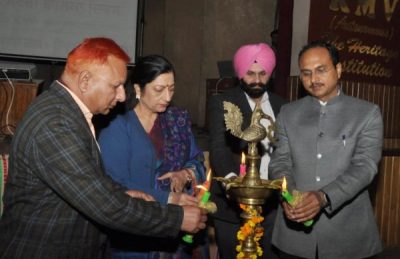 The Deputy Commissioner said that it was a matter of great pride and satisfaction that a large number of girls were scaling new heights in every field. He said that this could have been a distant dream around a century ago when doors of education were not open for women. However,  Sharma said that today the country was moving towards the right direction as more and more number of girls students were getting education thereby scaling new heights in their career.

The Deputy Commissioner called upon the students especially the girls to play a constructive role in the society so that their deeds could always be remembered and replicated by society. Extending best wishes to the students for their life, he said that the girls were making the country proud by excelling in almost every arena.

On the occasion, the Deputy Commissioner also felicitated the girls and women who brought laurels for the country and state through sheer hard work.