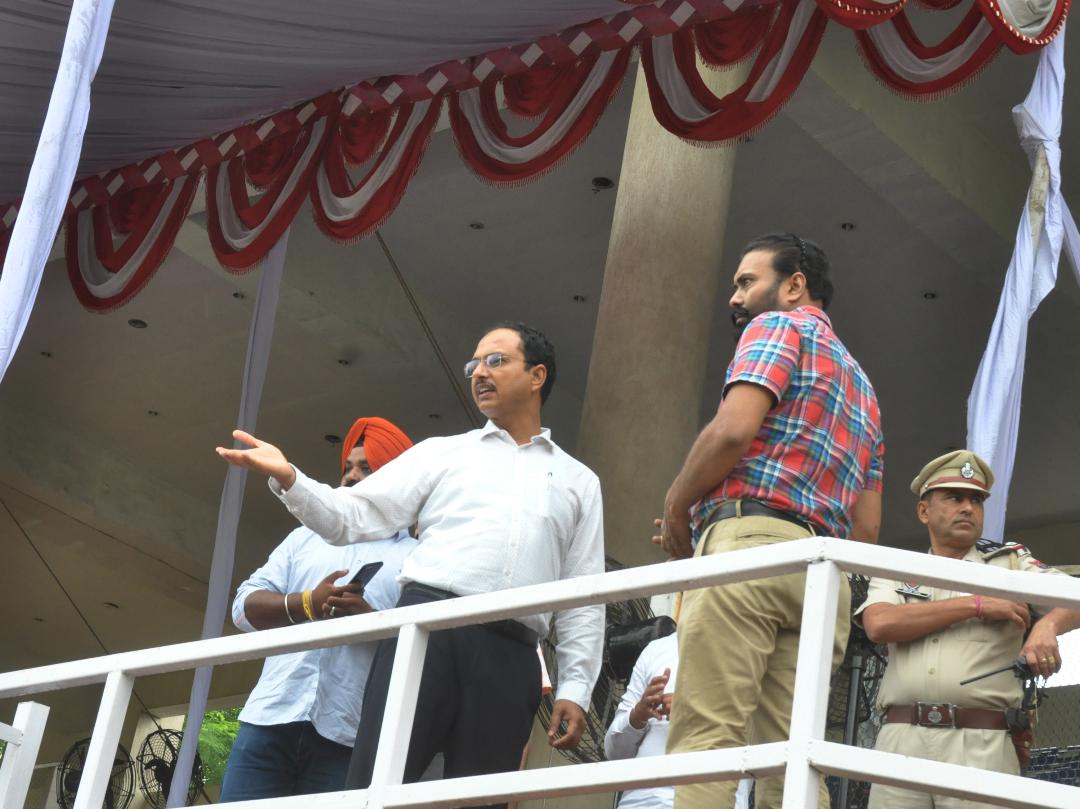 Jalandhar, August 13, 2019:- The Deputy Commissioner Varinder Kumar Sharma today gave the final touch to the arrangements for the state-level Independence Day the function being organized at Guru Gobind Singh Stadium on August 15.

He inspected the stadium and gave necessary directions to the security personnel and civil staff regarding the arrangements to be made for the Independence Day celebrations.Deputy Commissioner reiterated that the function would be organized in an unsurpassed manner in which around 2500 students from the various educational institutions of the city would perform in various events like PT, March past and other cultural items showcasing the rich socio-cultural heritage of the state besides show by tent pegging team, a special attraction this time. Sharma said that all the arrangements for this mega event have been finalized to ensure that this function was a smooth affair.He said that around 2000 officers/ officials from both the civil and Police administration have been deployed to ensure that this function was held in a well-organized manner. He said that every effort has been made to disseminate the message of patriotism and nationalism amongst the masses. Sharma said that the district would uphold the glorious tradition of showcasing the cultural heritage of the state through a wide range of cultural and patriotic events during the celebrations.The Deputy Commissioner said that Independence Day celebrations were one of the most important national events in the country, which must be celebrated with full patriotic fervour and gaiety. He said that the district administration was duty-bound to observe this mega event in a historic manner. Sharma said that the district has a distinction of holding best functions to mark the Independence Day in the state every year adding that this year also the district would uphold this glorious tradition.