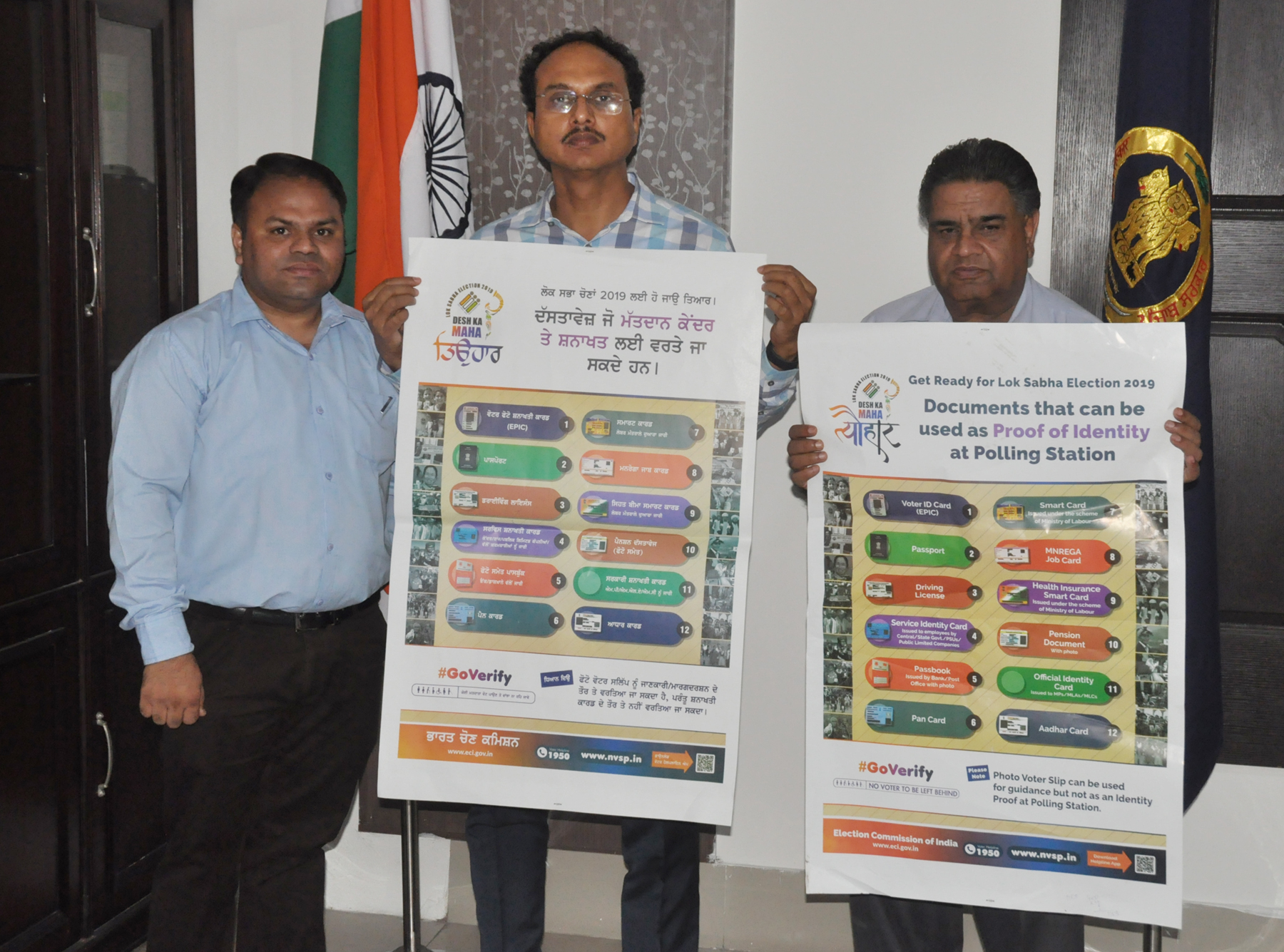 The Deputy Commissioner said that the voters must bring their authenticated voter slip along with any of these Identity cards to exercise their franchise. He said that in order to ensure that polling staff ensures that people with these cards could exercise the vote these posters in English, Punjabi and Hindi language would be distributed to the poll staff to paste them at the booths.  Sharma said that it would also ensure that the voters do not face any sort of problem in exercising their franchise freely. He also asked the voters to cast their vote enthusiastically without any sort of fear.