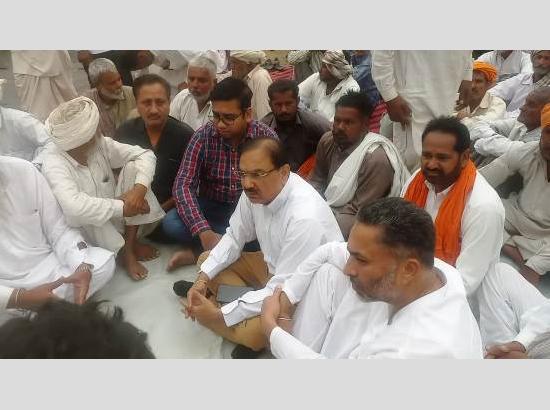 While visiting the bereaved family, the deputy commissioner expressed profound grief and sorrow over the tragic incident of the capsized boat.

Divulging the details he said that boat was carrying 8 persons of a family out of which 3 members drowned. Five members of the family were rescued. He further said that he would soon send a recommendation to the state government to set up a Pontoon bridge over the river Sutlej so that such kind of incidents can be prevented and people of the surrounding village can have the facility of transportation across the river at their ease.

Sharing heartfelt condolences with the members of the bereaved family Mr. Gaind said that the state government was at the beck and call of these distressed families in this hour of pain.

He said that he is deeply anguished to learn about this ill-fated boat tragedy, which claimed the lives of three members of a family and pray to Almighty for giving courage and solace to the bereaved family to bear this inconsolable loss.