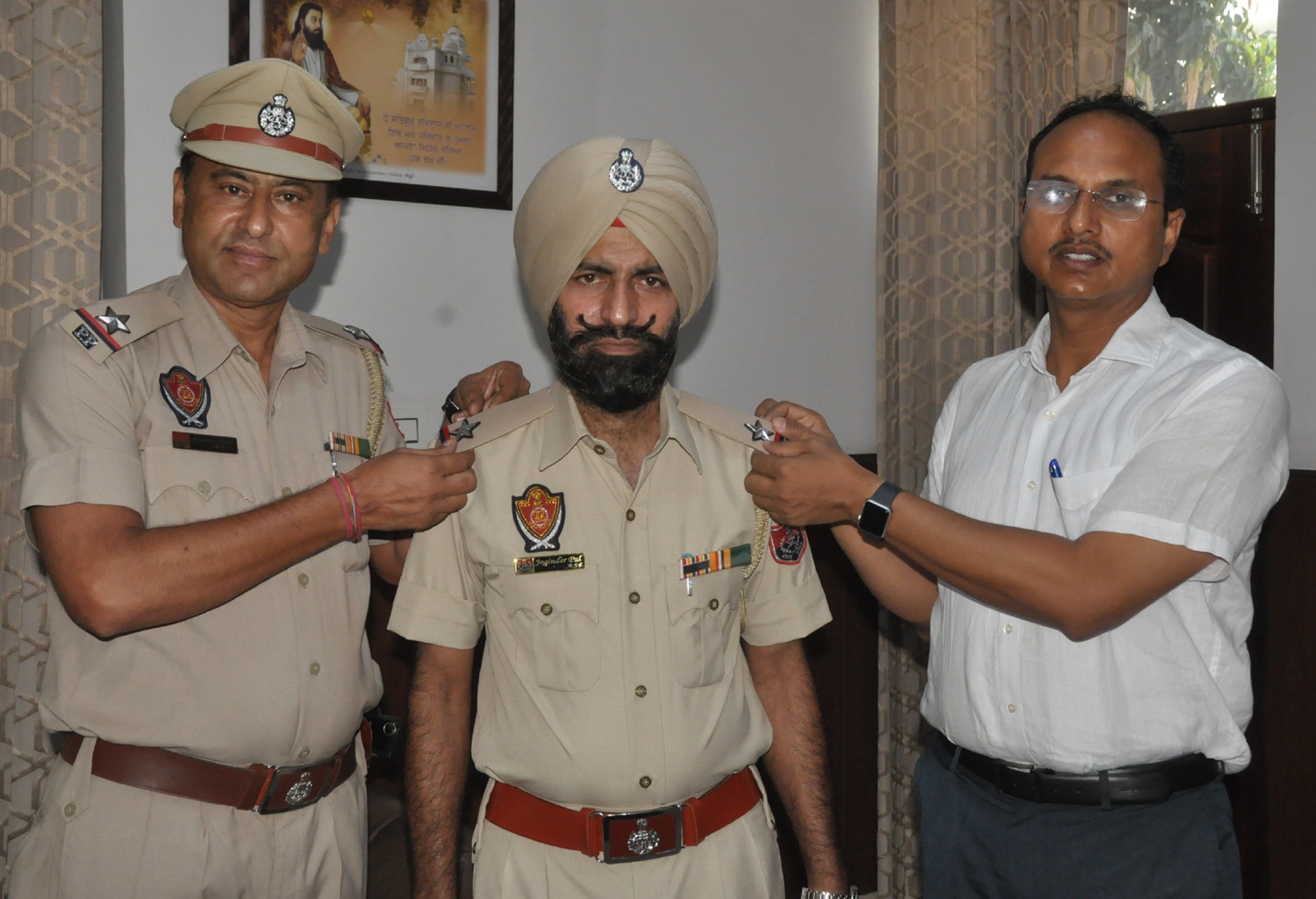 Pinning the badges to  Sukhwinder Singh and  Joginder Pal,  Sharma said that it was a red letter day for them as they got promotion after rendering meritorious services.

The Deputy Commissioner said it was a matter of immense pride and satisfaction that both have been promoted to new posts, which he described as a new beginning in their illustrious career.

He extended best wishes to the promoted employees and expressed hope that they would uphold the glorious tradition of the Punjab Police to serve the people zealously.

Sharma said he was hopeful that they would perform their services diligently and dedicatedly and carve a niche for themselves in the force by serving the society with full enthusiasm and devotion.

He called upon the cops to deliver them duty far more diligently and effectively, as the promotion has bestowed huge responsibility on their shoulders.